If, like many, you enjoy being on the bleeding edge of Docky’s development you’ll more often than not find it crashes and/or hangs. Sometimes this requires you to manually kill it in-order to relaunch it.

OMG! reader David Raviv e-mailed me a handy script n’ tip™ he put together so that his Mum could use Docky without getting in a frazzle when it crashed.

It’s a simple yet effective way to manage Docky crashes without having to interrupt your work-flow to manually nuke and redeploy. Of course, if you don’t like docky crashes then you’ll you’ll be pleased to hear that a stable version is included in the Ubuntu 10.04 repositories! 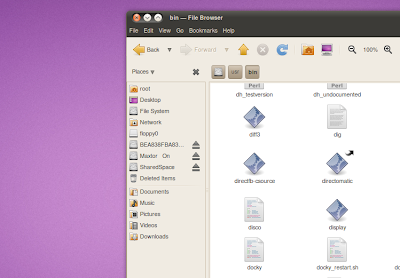 Congratulations! Now when you run Docky from the apps menu it will first check that a version of Docky isn’t already running – and if it is it’ll kill it before launching.