Video formats/codecs supported so far are WMV, MPEG-4, Theora and H.264, though the songbird team themselves note that “support is still basic and will be improved for the 1.6.0 release.” 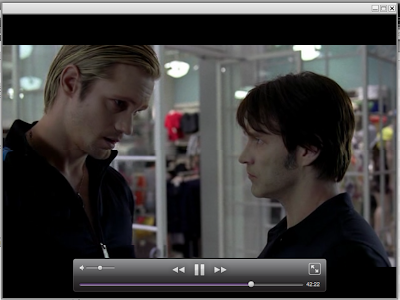 The video playback window with controls 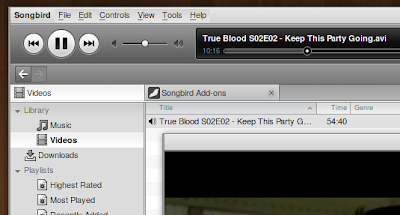 Video’s can also be controlled via the main application window

Video integration will become fully rounded in the next-but-one release of songbird, codenamed ‘Madonna’ which aims to include transcoding of videos for device syncing/transfer.