Karmic’s new GDM isn’t as customizable as the previous version due to a complete re-write from the ground up.

Just take a look at the login preferences screen from Jaunty: – 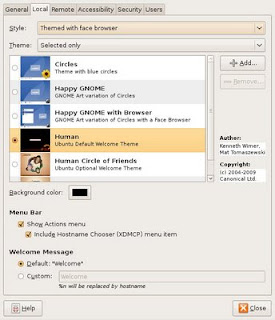 and this is the same login preferences window in Karmic: – 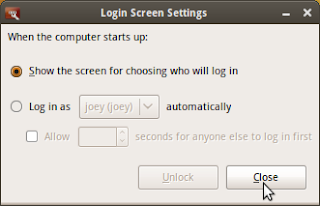 As you can see, the tweakability™ factor is somewhat reduced. But never fear as although you can’t theme it as much as before, it’s still easy to put your stamp onto your login screen!

You can change the wallpaper, icons and gtk theme from the GDM’s own personal appearance menu (this is not the one reached from System > Appearance) : – 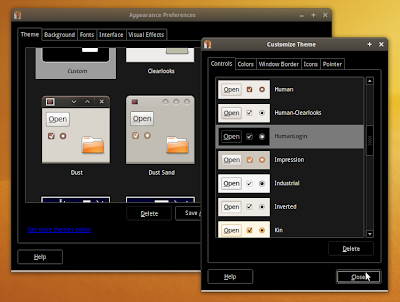