Gnome-Do’s Docky mode will soon no longer be part of Gnome-Do but instead launch itself as a standalone application.

Arguably the most popular dock for Linux there has ever been, Docky has found itself “outgrowing” Gnome-Do “for many reasons”.

“Internally GNOME Do was starting to look like two programs loosely coupled by a common base of items. The hacks to make Docky work internally were getting worse and worse and things were just not maintainable in the long run.”

He does go on to say that although Gnome-Do functionality will not be in the first release, they do hope to ensure Docky can communicate with its former parent inorder to give users some of the functionality they are so familiar with.

It should also be noted that this is NOT a fork of Gnome-Do or Docky from Gnome-Do.

I have to agree; running Docky on it’s own with Gnome-Do is one of the strangest initial impressions i’ve ever had of an app. I keep instinctively pressing WIN + SPACE and typing the name of app only to look down at the dock and see nothing happening on it – it feels odd!

Of course, Docky will remain a MONO app through and through and bring with it exciting new features, improvements and – finally – customization!

The current Alpha of Docky comes with four different themes.

Docky also allows users to have more than one dock on a screen: – 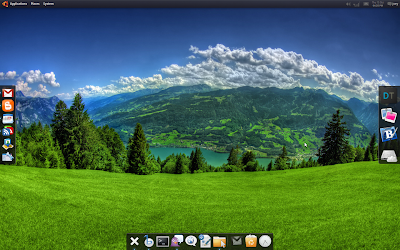 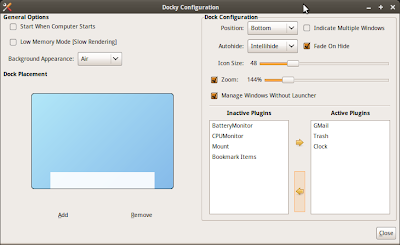 It may be the slight disappointment at the news of the divorce or it might be justified, but there are a few things i do hope are rectified in coming releases and not overlooked. 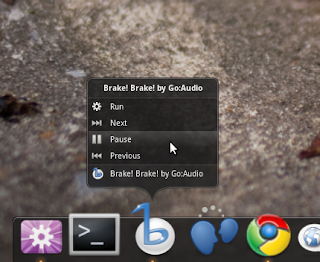 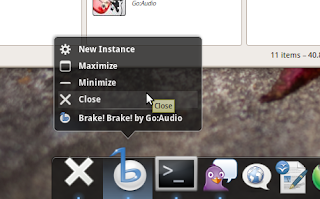 If you want to try Docky out – and bear in mind it’s very very alpha – then you can simply grab the source from bzr.

You can install this alongside Gnome-Do without issue – it’s a separate install.

For more information check out the official launchpad page @ https://launchpad.net/docky

Edit: For some reason the icon for Docky 2 doesn’t show up for me, even after force refreshing my icon cache.