Below are a selection of Image Viewers that provide more features than the default application and how they compare against it.

Eye Of Gnome ” The Default App

Being the “Stock” image viewer in Ubuntu (and Gnome) means EOG comes with stability and an integrated interface into the rest of the Gnome desktop. 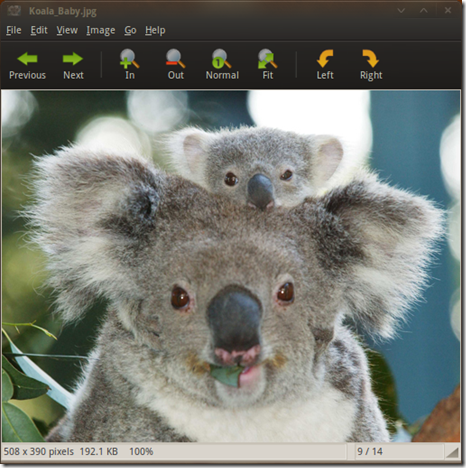 Feature wise it treads the basics ” as do all of the coming suggestions, but it can open and save to a greater amount of image formats by default.

It does lack, however, GIF playback ” a feature included in almost all of the other options here and has a heavier overall resource footprint than some of the lightweight viewers.

A good default, but is it the best for the job? Let’s see…

At first glance GPicView seems to resemble the default image viewer from Windows XP, so Windows migrants may feel right at home! 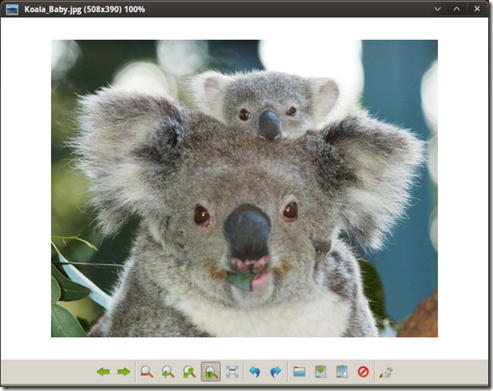 Looks aside, GPicView comes with most of the same features of the default viewer ” albeit in a slightly cleaner interface. You’ll notice, for example, there is no “menu” bar across the top. Instead settings are accessed though the ‘wrench’ icon in the lower right hand corner.

Speed is one thing GPicView has on it’s side, and although we’re talking mere seconds (if that), launching a picture with it is notably quicker than using the stock application.

Other features of GPicView are: –

GPicView is available in ‘Add/Remove’.

ViewNior is a simple, fast and lightweight image viewer “designed with usability in mind”. 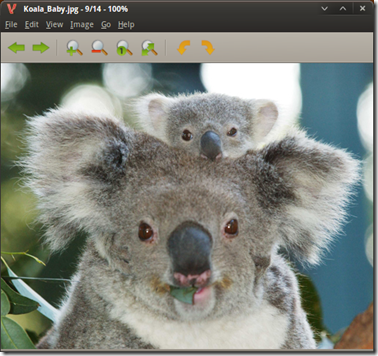 The project motivated by a desire to combine the features, functionality and quality of ‘Eye Of Gnome’ (Default Ubuntu image viewer) with a lightweight and minimal.

Among its features are:

Some of the features the developers would like to add are: –

If you feel you can help then be sure to check out the contact details on the official site.

So how does it stack up in actual usage? First things first ” it’s fast! Double-click on an image and ViewNior shows it almost instantly, and although we’re still talking mere seconds for most systems, it is incredibly instantaneous. 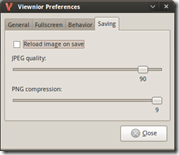 Saving any edited pictures is also fully tweakable via the ‘Preferences’ menu.

You can download ViewNior from the official PPA @ https://launchpad.net/~xsisqox/+archive/ppa

Gthumb comes with a handy array of advanced editing features, including: – 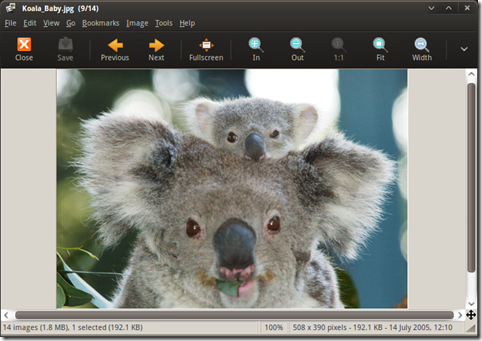 It also comes with the “basic” feature-set of an image-viewer such as copying, moving, deleting or duplicating images, printing, zooming, format conversion and batch renaming.

A few other notable features of GThumb which make it a good alternative are: –

You can find GThumb in ‘Add/remove’

For anyone looking for features > performance, Gthumb is the sane choice.

For those wanting to just view pictures quickly, ViewNior’s speed makes it the best choice.

For an all-rounder Eye of Gnome has it just about right.