Google’s 3D desktop application “Google Earth” has been updated to 5.1 ” but brings with it some incredible speed and memory improvements.

“Fast is better than slow.” 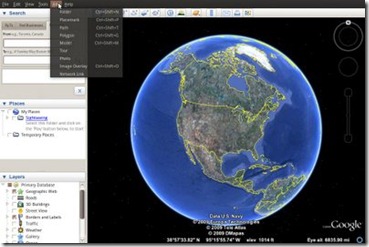 “For the newest version of Google Earth, we’ve been hard at work making it faster.” Peter Birch, Product Manager at Google said in an announcement on the Official Google Maps blog.

Adjustments under the hood have lead to better memory optimization and start up times. Images are drawn with improved compressed technology resulting in better performance across the board and Google have also worked on minimizing the number of frame-drops (“Stuttering”) when you whizz around the globe, giving a richer, smoother and more impressive experience.