Gwibber 2.0, next major release of the popular desktop microblogging application for Gnome, will boast many new features, support for more services and sport a newly redesigned interface. 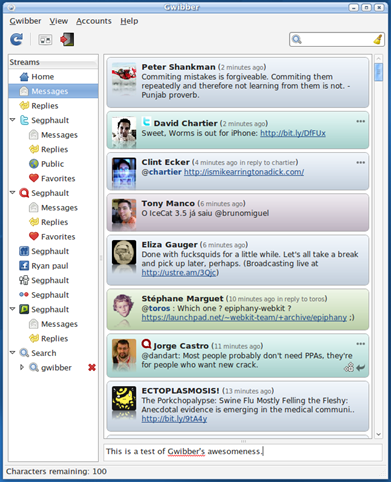 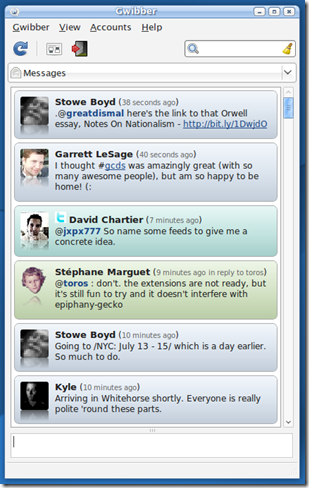 On the cards for future versions is a QT interface, allowing Gwibber to cross platforms from Linux to Windows and OS X!

Also planned for future versions are: –

Gwibber 2.0 is still currently in development but (if finished on time) may possibly be shipping as a default application in Ubuntu 9.10 (Karmic Koala).

Ubuntu plan to fully integrate Gwibber into Karmic Koala and have even dubbed the next release with an unofficial slogan: “Social right from the start”.