The GDM/Login Screen proposal for Karmic Koala has received a slight update since my last post.

At first glance it appears nothing major has been changed. Looking a bit closer you can see more subtle changes such as a glow around selected user, revised borders and, most notably, the overall colour scheme has been changed to a darker brown ” presumably to better compliment Ubuntu’s ‘Human’ theme. 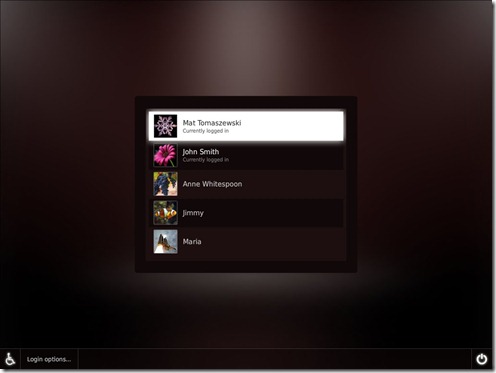 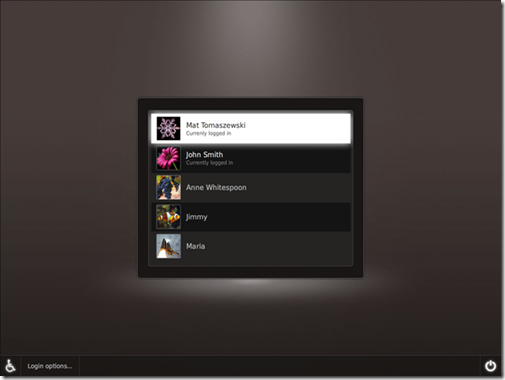 I much prefer the new version. The original (above) seemed very steel-like with it’s semi-dark grey’s. The revised GDM  sport a warmer feel on the whole, and that is much more Ubuntu-like!

The revised Boot-screen and login field are both shown below. These too replace the greyish tones with browner ones. 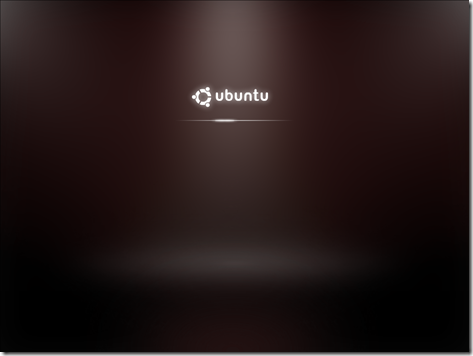 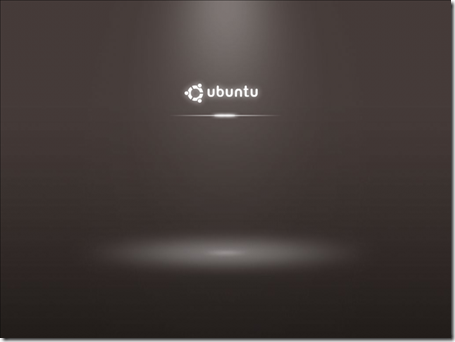 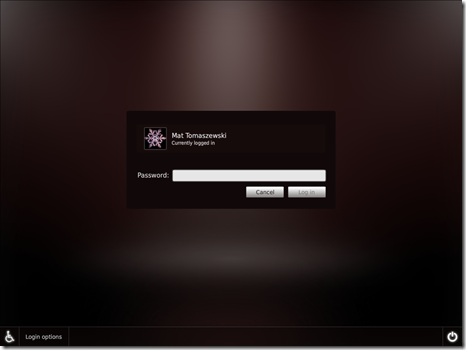 Eric Trying to understand ... why install pirated MS on a…
Linux Marketshare Increased Again Last Month (And Do Did Ubuntu’s)