The Web Wins: SOPA & PIPA Now Dead in the Water

The controversial SOPA and PIPA bills are dead - at least in name. The 'death' of PIPA (Protect IP Act) (at least in its current form) was announced in a statement by House Judiciary Committee Chairman Lamar Smith (R-Tex).

America's contentious SOPA (Stop Online Piracy Act) bill has been shelved until "greater consensus" on its scope can be reached. But don't celebrate just yet.

The SOPA Act Continues To Get Dirtier

It might be an anagram of 'Soap' but America's proposed draconian 'Stop Online Piracy Act' (SOPA) just keeps getting murkier. 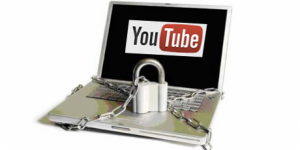 Tomorrow The Internet Will Begin to Die

Tomorrow sees one of the most pivotal pieces of internet legislation pass through the halls of power in Washington. The ‘Stop Online Piracy Act’ (SOPA) bill, combined with PROTECT IP Act, seeks to give the […]