If you want to install Discord on Ubuntu or Linux Mint you are in good company. This particular messaging platform is ballooning in popularity worldwide for two reasons: it’s free, and it’s very, very good.

In this post we show you how to install Discord on Ubuntu 18.04 LTS, Ubuntu 20.04 LTS, and later versions using the official Snap app.

And if Snap apps aren’t your thing? No worries; we also show you how to install the official Discord Linux using the terminal app and a couple of commands you can copy and paste.

Whatever way you choose to install Discord on your Linux desktop you get the same app as Windows and macOS users, with all of the same features and functionality.

Using Discord for Linux you can:

Plus a whole lot more!

Discord: What it is and why is it popular?

Discord describes itself as an “all-in-one voice and text chat for gamers that’s free, secure, and works on both your desktop and phone.” But be put off it’s you’re not a game; the service is increasingly popular with non-gamers too. In fact, all of the Discord channels I’m a member of have nothing to do with gaming!

Part of what makes Discord so fun to use is that it’s incredibly straightforward. From creating a private Discord server for you and your friends, to joining public and popular channels; from adding a chat bot, to chatting with other users in real-time audio — the service guides you every step of the way.

A messaging service is only as good as the people you can speak to on it and in this area Discord comes up trumps. It has an official desktop Linux app, as well as apps for Windows, macOS, Android, and iOS. There’s even a Discord web client if you want to use it in a web browser.

Discord is also free — at least for now. The company says it may introduce some optional real-money extras, like sticker packs, similar to WeChat and other platforms, in the future. But its core functionality is a veritable buffet you’re 100% free to feast on!

1. Install Discord as a Snap app

Discord’s Linux app is Electron based (as it is on other systems). Despite this, the app integrates neatly with the GNOME Shell desktop Ubuntu users. It has a status tray indicator with a small set of options, and can deliver native desktop notifications.

Discord on the Snap Store

Like many Electron apps Discord for Linux is 64-bit only. If you run a 32-bit version of Ubuntu 18.04 LTS you won’t be able to install it. to check whether you’re using a 32-bit or 64-bit system? Head to System Settings > Details to find out.

Alternatively, if you prefer to use a CLI, you can install Discord Snap app by running:

To update Discord to newer versions all you need to do is… Nothing, really. Snap apps update automatically in the background as you use your computer.

2. Install the Discord Linux app from a terminal

While Snaps are the easiest way to get this messaging service installed on your system it’s not the only way. You can install Discord on Ubuntu, Linux Mint, elementary OS or another distro using the command line.

First, download Discord for Linux using wget, which is preinstalled on Ubuntu:

Once the download is complete you can run this command to install the Discord Linux app using apt.

Finally, to launch the app, open your application launcher and find the purple ‘Discord’ icon.

You can update Discord in the future just by using the app. The client automatically checks for and download any updates, and prompts you to restart the app when an update is ready to install.

Apps Gaming How To discord voip

Home » How To » Install Discord on Ubuntu Guide 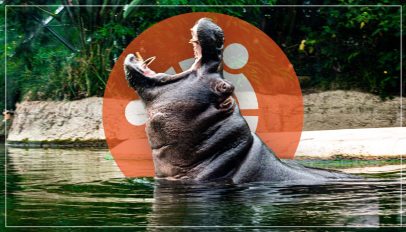 Ubuntu 21.04 Daily Builds Are Available to Download
Read Next