Looking for a large Linux-powered laptop boasting a 4K display? If so, Star Labs have you covered.

This UK-based hardware company is finalising production details on StarFighter, an upcoming 15.6-inch Linux laptop that boasts a 10-bit matte 4K IPS 16:9 display (likely at a comfortable 3840×2160 resolution, which is great for 2x scaling) — the display alone costs more than the company’s StarLite Linux laptop.

Additionally, Star Labs’ StarFighter will offer a choice of 45W AMD or Intel processors, up-to 64GB RAM, and up-to 2TB of storage (though Gen 4 SDDs will only be supported on models with Intel processors).

As for battery life, Star Labs reckon the StarFighter will provide between 8-14 hours of use depending on usage which is pretty sweet all-round/

As many would expect of a modern Linux laptop, the StarFighter is also supported by the LVFS (Linux Vendor Firmware Service) to make firmware upgrades easy, and a Coreboot option will also be available for those who want it.

Teasing the device on its Twitter page, Star Labs says it is “finalising the production details” on this behemoth. More information, including details on the GPU (dedicated, surely?) and price point (don’t expect it to be cheap) are due in the coming weeks.

Although the product shots shared so far feature elementary OS 6.1 it’s likely (like, really likely) that a choice of pre-loaded Linux distro will be available, including Ubuntu 22.04 LTS.

Sidenote: The Last StarFighter is an EXCELLENT 80s movie. Here’s hoping this laptop is equally as good! 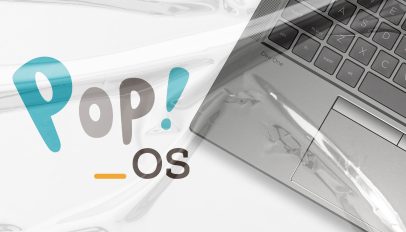