A major update to open source drawing app Inkscape is now available to download for Linux, Windows, and macOS.

Inkscape 1.2 is packed with a variety of new features that designers, artists, and other illustrative innovators are sure to love. Plus, this update features a swathe of stability improvements, performance enhancements, and bug fixes.

For some, the headline feature addition in Inkscape 1.2 is support for multiple page documents. Fulfilling this long-standing request from the client’s enthusiastic fanbase means users can now create new standard or custom-size pages within the same document. A brand-new page tool is included to make managing the multi-doc powers a little easier.

A redesigned export dialog offer previews and the ability to select different objects, layers, or pages within a document prior to export. Additionally, the batch export dialog now makes it possible to export to multiple file formats at the same time.

Also of note (well, to me anyway 😅) are a crop of new gradient options including support for gradient dithering (this is a go-to avoid banding often visible in gradients). It’s now possible to edit gradients from the ‘Fill and Stroke’ dialog too (see screenshot below) which I personally find a real time-saver!

Talking of colours, it’s now possible to change the size, border, spacing of the colour blocks at the bottom of the window (as well as quickly switch between different colour swatches via a menu – this may not be new, but I hadn’t noticed it until now).

Other new features include:

Plus plenty more — check out the official release notes for a comprehensive rundown of all the changes, big and small.

Want to try it out? Download the latest release direct from the Inkscape website (including as an AppImage, which is what I used for the screenshots in this post). Alternatively, wait for the Inkscape 1.2 update to roll out via Flathub, the Snap Store, etc.

Inkscape is a vector graphics editor used for editing vectors (resolution-independent pixels that scale perfectly, e.g., .svg) rather than raster graphics (pixels at a fixed resolution, e.g., .png). This update builds out the editor’s already impressive feature set, underlining exactly why this app is considered one the best that open source has to offer. 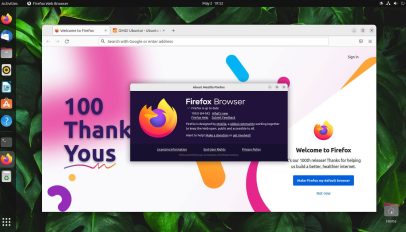