A new development release of JingOS, the Linux-based tablet distro inspired by iPadOS, is available for testing.

If you took the JingOS 0.8 release for a spin in April and you came away feeling like there was still a tonne of work to be done, you’ll be pleased to hear that, in this update, some of it has!

But don’t get too excited.

JingOS 0.9 remains far from production ready, but it is shaping up piece by piece. Enough to suggest that with a bit more grit the team working on the OS may yet get where they’re headed: an iPad-esque experience.

What’s new in the JingOS 0.9 build? Supposedly better interface scaling (handy when running virtual machines). However, as the low-res quality screenshots in this post may spoil, this feature isn’t strictly working as intended…

Low-res or not, the latest .iso does include some new features, like the ability to set/change wallpaper; VPN setup; timezone and language settings; options to adjust mouse and keyboard settings; and a way to enter complex passwords using a (also new) virtual keyboard.

Additionally, the system now shows on-screen bubbles when changing the volume; adds swish Gaussian blur effects to the Notification Center and Control Panel; and comes with a clutch of new mouse shortcuts so folks testing the system on a non-touchscreen device can navigate their way around.

On the apps side, the JingOS file manager can now extract and compress .zip, .tar, and .7zip archives; the camera app is working; and OTA updates are plumbed in.

As this distro offers KDE-based experience there are familiar components included, such as Konsole, while some familiar desktop Linux software is also included, like Chromium.

OS progress aside, reservations remain in my mind.

Unease in my mind

I’ve always admired Jingling’s ambition and optimism — dream big? someone has to — and I’ve been impressed by their ability to deliver on the milestones they set themselves. Also a really enthusiastic community is building up around the project, so clearly they are doing something right.

Crowdfunding tablet hardware — regardless of the OS it runs — is a major task. There are supply chain, engineering, and QA pitfalls, plus the usual crowdfunding risks and expectations. Add in extra hardware accessories (like a pressure sensitive touch stylus and super-smart bluetooth keyboard) and that challenge, the one the Jing has set itself, is monumentally huge.

But Jing is doing even more than that. They are also building a bespoke Linux distro with a unique user experience (albeit one based on Qt and KDE Plasma) paired with a number of native apps, and supposedly open source. Canonical threw millions at its (ultimately failed) phone and tablet platforms and couldn’t come close to delivering the kind of seamless “end user” experience Jing touts.

Add in the fact they’re also ‘rewarding’ users who post positive blog posts and YouTube videos about JingOS; and are currently selling ‘early bird’ shipping priority passes (with a discount code for use on their as-yet-unlaunched IndieGoGo campaign) and things…Start to feel uneasy.

Since we’re on the subject of the JingPad tablet…

The JingOS team has posted a new hands-on video of the JingPad A1, the ARM-powered Linux tablet they plan to launch on IndieGoGo later this month. The short clip is instructive as it gives us our first real look at both the hardware and the software (finally) working together.

Check it out below and let me know what you think.

You can download JingOS 0.9, and find more information on the release, on the JingOS forum. 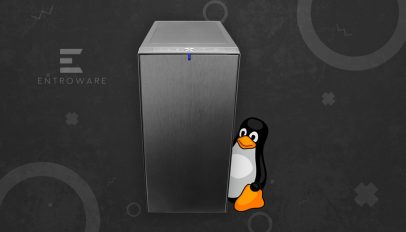