I’m gonna keep this brief as I’m (barely) recovering from a tooth abscess, but I couldn’t not mention that development on Ubuntu 21.10 ‘Impish Indri’ has now officially begun.

Thanks for all the ‘get well soon’ message, folks! Happy to report my abscess has since been sudo apt removed and I’m back in my chair ready to …procrastinate! 👏

Call me a traditionalist, but after more than ten years of doing this I’m not sure a release cycle would truly feel “underway” if I didn’t squeeze out a 200 word post mentioning it.

“As usual, we expect a large influx of builds and autopkgtests in this initial period, which will cause delays. Please help with fixing any breakage that occurs,” says Ubuntu’s Matthias Klose, in an email he shared to the Ubuntu development mailing list to kick off the cycle.

Ubuntu 21.10 is due to be released on October 14, 2021. Feature freeze is August 19 and UI freeze September 09. Those dates are particularly important this cycle as some potentially major changes to the default desktop set-up are expected (in some shape or another).

As soon as tooling and initial imports are taken care of testable daily builds will be published on the Ubuntu server. I’ll likely post about those as soon as I see them. Around this time it will also be possible to upgrade to Ubuntu 21.10 from Ubuntu 21.04 manually via the command line.

Let me know your major hopes for the Ubuntu 21.10 cycle down in the comments. 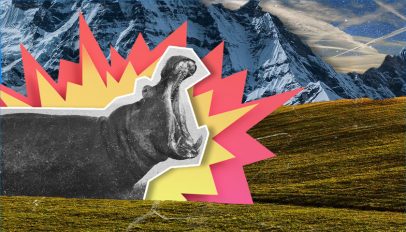 Why You Can’t Upgrade to Ubuntu 21.04 (Update: Now Fixed)
Read Next