A new installer is in development for Ubuntu.

The Canonical Design Team and the Ubuntu Desktop Team are collaborating on new install utility for use in Ubuntu desktop. The tool will use Flutter, leverage Curtin, and take advantage of the effort put into Subiquity, the new Ubuntu Server installer and set-up tool.

But why is a new installer needed? What’s wrong with the current one?

Ubuntu uses the Ubiquity installer in its desktop images (as do many of the official Ubuntu flavours). First introduced in 2010, Ubiquity is functional and moderately fast, but it is very much of its time; i.e., its ancient codebase is said to be ‘cumbersome’ to work with.

So development is underway on a leaner, faster, and more modern Ubiquity replacement.

Why make a new installer?

Duplication of effort is a “meme” in open source, so if you’re sat there mouthing “what about Calameres?” (or any other well-made alternative to Ubiquity) you’re probably not alone!

Why doesn’t Ubuntu just switch to something else instead of creating its own?

Well, it comes down to consistency and purpose.

Ubuntu desktop lead Martin Wimpress says his team evaluated the (many) alternative installers and toolkits that are out there, but felt a bespoke installer experience is the best solution. Firstly, it will be able to adapt “across the Ubuntu product portfolio”, secondly it can use Ubuntu’s Yaru design language, and thirdly, it’ll be easier to build thanks to Curtin and Subiquity.

“Consolidating the installer for server and desktop on common technologies will mean we can deliver a consistent, robust, installation experience across the Ubuntu family and focus our efforts on maintaining a single code base,” Ubuntu desktop lead Martin Wimpress explains.

The Ubiquity installer isn’t going anywhere, mind. It will handle new installs of Ubuntu 21.04 (releasing this April), and remain in the Ubuntu archive beyond this date (meaning users and official flavours can continue to use it if they want).

Users can expect to try the new installer by the time Ubuntu 21.10 arrives. This should give developers ample time to test the tech “in production” and decide whether it’s robust enough to feature it in the next long-term support (LTS) release.

A GitHub repo for the new installer is already live and code present, proving that Ubuntu devs don’t plan to waste any more time in modernising the Ubuntu install experience.

Home » News » Ubuntu is Working on a Brand New Installer 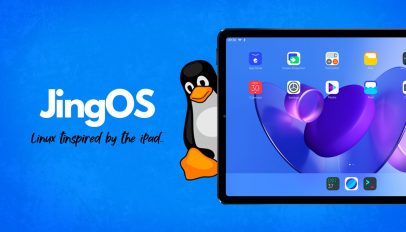