A new version of GIMP is available for download.

GIMP 2.10.22 is described as a “bug fix release” but includes a number of notable new features too, not least of which is support for opening and saving AVIF image files.

What’s AVIF? I’ll admit that I wasn’t familiar with it. Google tells me it’s a variation of the HEIF format (popularised by Apple devices) that uses AV1 compression. It’s being positioned as the next big web image format — and GIMP 2.10.22 supports opening and saving images using it.

The file format improvements don’t end there, either.

Creatives can also (optionally) export multi-layer .tiff files with layers cropped to image bounds; new .bmp exports will now include colour masks (where applicable); there’s better detection of .jpg and .webp image formats; and the editor picks up the ability to import and open .dds files even if they have invalid header flags.

GIMP is free, open source software available for Windows, macOS, and Linux You can (as always) download the latest version from the official GIMP website:

Linux users (including those on Ubuntu) can install the latest GIMP from Flathub. This is the project’s officially recommended way to get the latest version of the app on most distros.

The GIMP on Flathub

If you’re a fan of more traditional app install (i.e., apt) methods then there is an unofficial PPA you can use maintained by PandaJim. His PPA packages the latest stable release of GIMP for use on Ubuntu 18.04 LTS and above.

Finally there’s an unofficial Snap package too though (as always) this has not been updated to the latest release at the time of writing. 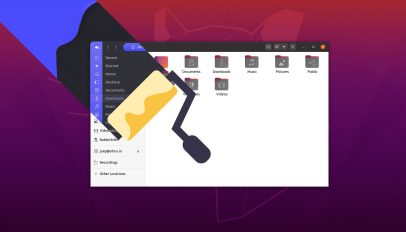