Lenovo is increasing the number of PCs and laptops it sells preloaded with Ubuntu.

The news builds on the certification program the company announced in June and means a ‘comprehensive range’ of ThinkStation and ThinkPad series laptops will be available to buy from the Lenovo website. Most come preloaded with the latest Ubuntu 20.04 LTS.

“Lenovo’s vision of enabling smarter technology for all really does mean ‘for all’,” says Igor Bergman, Vice President of PCSD Software & Cloud at Lenovo.

“Our goal is to remove the complexity and provide the Linux community with the premium experience that our customers know us for. This is why we have taken this next step to offer Linux-ready devices right out of the box.”

Why is this important? Well, it means buyers can choose a fully-working, totally-certified out-of-box Ubuntu experience. No need to install Linux manually. Not need to tussle with hardware incompatibilities. Everything is tested to “just work”.

Lenovo say the Ubuntu options on these devices is rolling out globally from September 2020 and throughout 2021 but do note that ‘on-shelf dates may vary by geography and products may only be available in select markets’.

Is an Lenovo laptop with Ubuntu on your wish list? Let me know below
Hardware News lenovo linux laptops 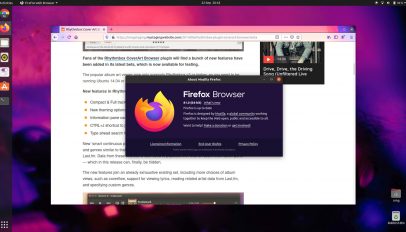