If you like Ubuntu’s Yaru GTK theme and icon set but kinda wished it had a different colour accent then Yaru Colors is for you.

Yaru Colors is a fully-fledged customisation script capable of changing the colour highlight used in Yaru theme and icon set — plus a fair bit more, which we’ll get to in a second.

I will warn you straight up that this task, easy though it sounds, works a little differently to installing other Linux icon themes and GTK themes. Instead of you needing to manually move folders into place there’s an bespoke install script that takes care of the process for you.

Yaru Colors describes itself as a “fork of Ubuntu’s Yaru theme in different colors“. A total of 14 colour options are available. This means there should be a shade to suit most tastes, with a teal Pop!_OS inspired set and a lighter orange amber collection included:

Yaru Colors does not support Ubuntu 21.10 and GNOME 40 — yet! I’ll update this post as soon as support is available. For now, the instructions below apply to Ubuntu 20.04 LTS only.

First step is to download the latest version of Yaru Colors themes from GitHub. This .tar.xz file clocks in at around 40MB in size, so if you’re on a capped or tethered connection be aware before hitting this button:

After the archive downloads fully go ahead and extract it. Then run the bash script inside using a Terminal app of your choice:

Depending on your set-up you may need to use the GNOME Tweaks tool to change GTK or icon theme.

If there’s a drawback it’s that Yaru Colors is composed of more than just icons. It bundles in matching colours for the Yaru GTK and Yaru GNOME Shell themes in light, dark and mixed modes, plus wallpapers and other ephemera.

An uninstall script is included to clean up any debris should you try it out and decide it’s not for me.

Personally, I’d like the tool a lot more if it just stuck to changing the colour of the default folder icons and made the rest optional. While you don’t have to use the re-coloured GTK and Shell themes, wallpapers and other bits but take up space (and screen estate) all the same. 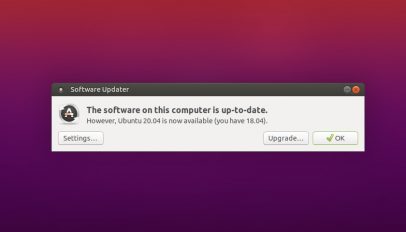