Rather than put out a separate post for each flavour in turn I figured I’d post a concise roundup of each spins new features, alongside those all-important .iso download links.

Do keep in mind that ALL of the core foundational changes shipping in the regular version of Ubuntu 20.04 LTS are included here, even if they’re not mentioned. This includes faster boot speeds, graphics drivers on the ISO, Livepatch support, Linux Kernel 5.4, and so on.

Plasma 5.18 features many worthwhile changes, all aimed at improving desktop performance and usability.

A swathe of updated KDE applications are available through Discover (the software store), including newer versions of Kdenlive, KDE Connect, and Latte Dock.

Of particular note there’s a new default music player in Kubuntu 20.04. The distro has chosen to switch from the Qt-based Cantata to the Qt-based Elisa as of this release.

Ubuntu Budgie 20.04 feathers its nest with a host of user-facing changes.

Chief amongst these is a brand new application menu inspired by Slingshot, the stock app launcher used in elementary OS. The app launcher has an optional ‘power strip’ mode which embeds session management buttons into the app launcher, beside the search box.

Plug an Android phone into a USB port in Ubuntu Budgie 20.04 and you’ll be able to browse the file system in Nemo, the file manager.

App wise the Ubuntu Budgie team has replaced GNOME MPV with its successor, Celluloid, and adds the (really terrific) Drawing app to its default software roster.

I can’t find any releases notes for Xubuntu 20.04 and as I’m not familiar with the release on a day-to-day basis, I don’t feel confident at guessing what’s new beyond the inclusion of a new dark theme.

Ubuntu Kylin 20.04 touts a number of changes, the most notable of which is a new Qt-based desktop environment.

Well, kinda new. The MATE-based UKUI desktop has morphed into a Qt-based UKUI desktop, dubbed UKUI 3.0 Preview. Although a little rough around the edges the overall look and feel of the desktop is jaw-droppingly good.

The one downside is, as always, unless you’re living in China and you make use of China-based internet services, the rest of the distro is a bit too niche for an international audience.

But you don’t need to speak Chinese to appreciate UKUI 3.0.

If release change logs were a competition Ubuntu MATE would score gold every six months, no question — it always brings the goods.

Ubuntu MATE 20.04 features include better support for HiDPI rendering throughout the UI, minimised window previews in the task bar, and new Notification Indicator settings (including a do-not-disturb mode).

The distro has decided to drop Compiz and Compton from the default install as they’re no longer considered necessary (and this is an LTS release).

There’s also a new GTK frontend for the fwupd application. This will make it easy to check for firmware updates for connected devices and apply said updates if available.

Finally, all the goodies present in the upstream MATE desktop 1.24 release are present here.

Creatives will find some welcome improvements on offer in the latest Ubuntu Studio release.

The audio plugin selection is expanded further, with a handful of new plugins included for audio production needs.

MyPaint returns to the default install, where it sits alongside the latest version of the GIMP image editor.

The Ubuntu Studio Controls utility now lets you been assign names to pulseaudio-Jack bridges and has been organized a touch to make it take up less screen space.

Just a heads-up that the Ubuntu Studio .iso image is larger than other flavours, so if you’re on a slow connection it may take longer to download.

If you know of any particularly neat additions to any of the flavours above that you feel should be spotlighted, let me know about them in the comments and I’ll update this article.

Thanks to Charles in the comments for the Ubuntu Budgie screenshot! 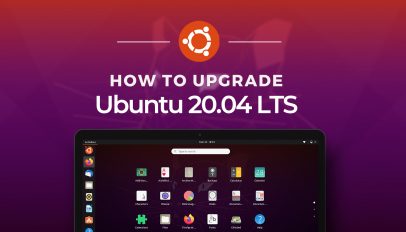 How to Upgrade to Ubuntu 20.04 LTS (Complete Guide)
Read Next