If you like to make music on Linux then you’ve no doubt heard about Tracktion T7 which is considered one of the best free digital audio workstations (DAWs) around.

But that’s changing. A new, free replacement for the Traction T7 DAW has been announced, and it looks mighty impressive!

First a bit of background. New versions of Tracktion for Windows, macOS and Linux are typically released as paid, closed source software.

But every few years the company behind the pro audio tool releases an older version entirely for free (as in beer), with no functional limitations.

The “catch” is that although it’s free to download and use it is not not open source software. Additionally, users don’t get access to one-to-one or email support (thankfully there’s a great community forum that stands in for that).

Tracktion 7 is a powerful music production suite. It has all the tools one needs to record and produce music on Linux, with support for third-party virtual effects and instruments (VSTs).

So whether you want to create and edit a podcast, record, edit and mix band recordings, create electronic music using plugins, VSTs and other audio processing effects, or just touch up some audio for use in a video — this tool is up to the job.

But in a break with expectation the next free version of the software won’t be Tracktion T8 (or even Tracktion 10) as expected.

Instead, it’ll be a brand new version: Tracktion Waveform.

In an unusual (but hey: not complaining) move Tracktion has decided to release a free version of their latest software, Waveform 11.

Waveform 11 Free is pitched as the free (as in beer) replacement for T7 DAW. Indeed, links to download Tracktion T7 now redirect to the Waveform landing page.

“Waveform Free […] has more capabilities than most enthusiast producers will ever need. There are no restrictions whatsoever – unlimited track count, add popular plugins and enjoy the deeply capable feature set,” reads the official blurb.

Audio enthusiasts no longer need to wait for an ‘older’ release to be gifted, as the current version (with improved UI, better performance, multi-monitor support, new samplers and tools, and even a VST sandbox – no more crashing the entire app when an instrument goes rogue) is available gratis.

But naturally there is a catch.

While previous ‘free’ builds boasted all the features of their pro kin, things are a little different this time.

A raft of functionality is limited in the free version.

For instance, there’s no Track Editor; no Arranger Track; no quick actions; and no layout customisations permitted.

Mastering is less viable as the powerful Master Mix DSP is behind the paid-only curtain, as are a bunch of other useful DSTs, samplers, and drum machines.

The upside is that you might not miss this functionality …unless you’re tackling advanced tasks or a professional editor.

There is an in-app option in Waveform Free to pay $69 to unlock the features should you really need them.

Overall this is an interesting new approach for what is a well regarded piece of software. It’s also really nice that Linux versions continue to be made available.

The Linux build is provided as a 64-bit .deb installer roughly 50MB in size.

While I don’t use digital audio workstation (DAW) software myself (thus I can’t offer too much insight into whether this switch will a bad thing per se) I have to say: a newer code base, with better OS support, improved UI and performance, PLUS a tonne of new tools and features …all for free… doesn’t sound too bad, does it? 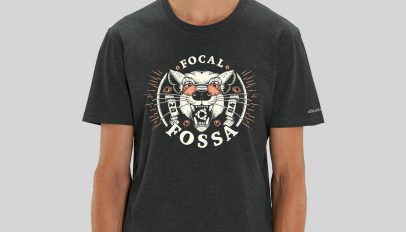