If you’re looking for an open source emoji set to use in your next dev project, look no further than OpenMoji.

OpenMoji is an open source emoji library licensed under Creative Commons that’s totally, absolutely, and completely free to use.

And I think it looks terrific! 😉

And I’ll state the obvious: Noto is a decent, comprehensive emoji set that doesn’t deviate too heavily in its design from the way emoji look on other operating systems and messaging service look, like Android and WhatsApp.

Similarity is important because emoji that look different on different platforms can easily result in misunderstandings or dramatically alter the meaning and intent of a message.

As an example, here’s the ‘hamburger’ emoji from iOS, Google, WhatsApp and OpenMoji.

And if you’re on a Linux system, you can see what the Noto version looks like here: 🍔.

Emojipedia, the go-to online bible for everything emoji related, point out that OpenMoji is hewn to a style similar to that in Microsoft’s emoji pack, using an outlined icon-style with flat glyphs.

But unlike Microsoft’s emoji pack — many of its glyphs are indecipherable to me 💁‍♂️ — I think OpenMoji is better designed. Each icons seems to have given greater consideration given to “what is this character trying to convey?” ideation.

OpenMoji at a glance:

Now, an open source emoji set isn’t just useful for desktop users. These glyphs are available in .png and .svg format too, making them ideal for use in web design, apps, and even for illustrations — as this mockup using OpenMoji’s 🐑 and 🐄 characters shows:

The set even includes some “Special Interest Categories” with icons designed for interaction, UI design, and technology.

OpenMoji is also available as a .ttf font file (albeit a beta one) but installing the font file your Linux machine WON’T force your system to use it by default.

In fact there is no easy way (that i’m aware of, do correct me if I’m mistaken) to change the font used for emoji in Linux without crafting bespoke configuration files.

But that may change as awareness of this particular emoji effort spreads — and I for one wouldn’t mind seeing more its glyphs, more of the time! 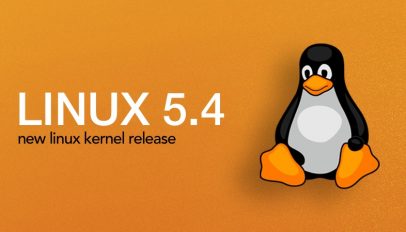 Linux Kernel 5.4 Released, This is What’s New
Read Next