Here’s our list of things to do after you install Ubuntu 19.10 “Eoan Ermine” because hey: this stuff is good to know!

For the record, we’ve written a list of ‘things to do after installing Ubuntu’ for the past 20 Ubuntu releases. That’s two lists a year, every year, for a decade — and each list is specifically tailored to each version of Ubuntu.

As always: we never suggest you do anything that would damage or harm your install. For tips on how to butcher Eoan with beta software, unstable drivers, and deep-level config meddling, you’ll need to look elsewhere!

Otherwise read on for plenty of useful pointers and pertinent advice on how to get the most from your spangly new Linux system.

Things to Do After Installing Ubuntu

Each new Ubuntu release ships with major differences from the last one, so swotting up on what’s change is always a good place to start.

We made a short video to showcase all of the major differences that are new in this release, so check it out!

If you didn’t tick the “download updates while installing ubuntu” box during install — don’t worry: many people don’t — then the absolute first thing to do after installing Ubuntu 19.10 is to check for and install pending updates.

This is especially important if you’re not reading this list on release day, but several weeks later as there WILL be security patches and bug fixes waiting to be installed!

It’s easy to check for and install updates on Ubuntu:

GNOME Tweaks is an indispensable tool that I think EVERY Ubuntu user should install, even if they rarely use it.

Why? Because the breadth of Ubuntu customisation options that GNOME Tweaks unlocks is exhaustive and, in a few cases, pretty essential too.

Amongst others things, GNOME Tweaks gives you options to:

To install GNOME Tweaks on Ubuntu using the Ubuntu Software app you can search for it by name or hit the button below (and then follow the on-screen prompts):

The Ubuntu Dock (the icon bar on the left of the screen) makes it easy to launch and switch between open windows.

But you can make it better.

For instance, you may want to enable minimise on click so that when you click on an open app’s icon in the Ubuntu Dock it “minimises” the window rather than give it focus.

To turn this (rather essential) behaviour on just run the following command in a new Terminal window (ctrl + alt + t):

New for 19.10, you can add a Trash can to the Ubuntu Dock. This might help you stay on top of cleaning out old files regularly as the icon changes appearance when there’s cruft to be cleaned!

To add a trash can to the Ubuntu Dock run this command in a new terminal:

You can go even further, too!

To move the Ubuntu dock to the bottom of the screen (or the right), or to turn on auto-hide so that the dock gets out of the way when a window touches it, just head to the Settings > Dock panel and toggle the relevant switches.

If you use Ubuntu 19.10 on a laptop (like I do) then things should mostly work out of the box. But here are a couple of tips to help you fine-tune the Eoan Ermine experience to better suit portable form-factors.

First, enable show battery percentage in the Top Bar to more accurately gauge your remaining power. To do this use GNOME Tweaks (see step #3):

I don’t like the direction my laptop touchpad scrolls by default (so-called ‘Australian scrolling’); I prefer to scroll a page vertically in the opposite way to my gesture. This is easy to enable:

A rather simple tweak for a much saner scroll experience!

Finally, I like to increase the time it takes for the lock screen to kick in when I leave my device idle. I use my laptop in public cafes a lot and often leave it unattended while I get another drink.

Ubuntu’s default image viewer is perfectly acceptable for most people’s needs, but it lacks a decent set of accessible editing features (it is literally a viewer).

A lot of Ubuntu users do not pick a user avatar — and that’s fine because, most often than not, you’re the only person who uses your *buntu machine.

But seeing a image that reminds you of you at the login screen is a super easy way to give your install a touch more personality; put your spin on things, etc.

Greeting you there at the login screen, letting you know it’s YOUR session with YOUR apps and your DATA.

So take a few minutes to pick an appropriate images for your account in Settings > Users.

Ubuntu 19.10 has a tonne of great open source software in its archives, and thanks to Snap support out-of-the-box, makes it easy to install apps like Spotify, Visual Studio Code, BlueMail, and more.

But to have even more choice, I recommend that you enable Flatpak and unlock access to the Flathub app store.

Flatpak is a packaging format that works across different Linux distributions. And app packaged as Flatpak can, in theory, run on Ubuntu, Fedora, Manjaro, and more.

Our guide on how to install Flatpak on Ubuntu walks though the basic set-up, and recommends adding the Flathub app store where most (but not all) Flatpak apps can be found.

With Flatpak is installed on Ubuntu you’ll be able snag some truly terrific tools from Flathub, Some of my favourites:

But that’s only a handful. Plenty of other apps are available, with more being added regularly.

We recently looked over our 14 Ubuntu keyboard shortcuts and made the handy graphic above to highlight the very ones everyone should try and remember — they can really help improve your productivity:

#10: Stock up on Extra Software

By this point your Ubuntu 19.10 install should be purring like a kitten — but you don’t have to stop here.

Why not furnish your fresh install out with of the best open source software on offer? Just search for the following apps in Ubuntu Software to install them:

And there’s a swathe of other non-free software you may want to use too, including:

My laptop has a FHD display at a decent res, but most applications (window buttons, fonts, etc) look a bit too small at 100% default in the standard desktop session (using Xorg).

However, the only other scaling value on offer in Ubuntu 19.10 is 200% — and that makes everything look too big!

If you’re in the same boat you may want to enable fractional scaling in Ubuntu. When turned on, you can access scaling values inbetween, such as 125%, 150%, etc.

Now, I have to want that in this option (while useful) is not default for a reason. There is a chance it can impact (negatively) on resource usage — something you’ll definitely want to avoid on a laptop.

But the feature is just as easy to turn off as it is to turn on.

You’ve reached the end of this list of things to do after installing Ubuntu 19.10 .

Now I want you to tell me what your most essential post-install task is! Leave your top-most suggestion in the comments section below. 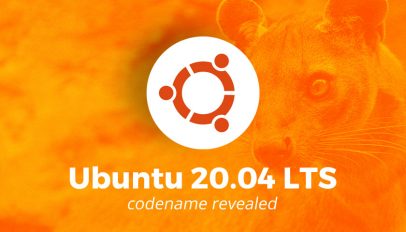