KDE Plasma 5.17, the latest stable version of the popular open source desktop environment (and then some), is now available to download.

And as hundreds of thousands have come to expect from each update, Plasma 5.17 is packed to the hilt with welcome improvements and nifty new features.

This feature, which was previously available in Wayland but now supported in X11 sessions, is something all major desktop operating systems offer, including Ubuntu, macOS and Windows 10.

Elsewhere KDE devs have made improvements to Plasma start-up times, converting many Bash scripts to C++ and getting them to load asynchronously (running several tasks at the same time rather than individually).

As a result of these changes “the time it takes to get from the login screen to the fully loaded desktop has been reduced significantly,” KDE say.

Other notable improvements in KDE Plasma 5.17 include:

You can download KDE Plasma 5.17 as source code from the KDE website, and a bootable live image is available for testing too.

Users of Kubuntu 19.10 will be able to upgrade to KDE Plasma 5.17 using the Kubuntu backports PPA (though it often takes a few days from release for the necessary packages to be build and released).

Users of rolling release distros like Arch and Manjaro, as well as those running the appropriate versions of KDE Neon, can expect to get the Plasma 5.17 upgrade in the coming days. 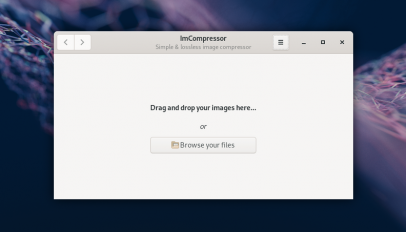 ImCompressor is a New, User-Friendly Image Compressor for Linux
Read Next