A $25 Linux-friendly Smartwatch is in development by Pine64, makers of the PineBook Pro Linux laptop.

Clearly not content with creating single-board computers, a couple of cheap Linux laptops, and the first real Linux tablet with detachable keyboard, Pine64 is turning (some of) its attention to the wearables market with the PineTime watch.

First teased on Twitter, the PineTime smartwatch is expected to sell for around $25 making it an extremely affordable device for tech tinkerers and gadget geeks.

Among the planned PineTime watch features:

Other specs, such as Wi-Fi, Bluetooth and system-on-chip (SoC) details, have been revealed (more in the hardware section below).

But first let’s look at what sort of operating system the PineTime watch will run.

The PineTime watch’s full range of features and functionality will be largely dependant on the sort ofsoftware the device runs.

And, as with its earlier devices, all PineTime software will be developed in the open by the wider Linux development community. The current plan is to use an open source “real time OS” like FreeRTOS as the main system (which isn’t Linux-based), but ARM MBED (which can, in some versions, be Linux-based) has also been suggested.

Pine64 says: “we will, by and large, allow the community and devs to drive this in the direction they desire.”

And that will include the kind of software features many have come to expect from smartwatches.

Personally, I’d love to see some sort of step tracking added (this is offered in similarly priced devices like the Xiaomi MiBand), and basic features like weather forecasts, reminders, and stop watch functionality would be welcome (it is, after all, a watch).

I’m also holding out hope for a truly customisable watch face framework, similar to the original Pebble watch. No “smartwatch” has come close to the personalisation of the original e-Ink Pebble, and people continue to wear them because there’s nothing close.

It’d also be nice to see some kind of integration with Pine64’s other products through companion apps, maybe even Android too — imagine being able to snap a selfie with the PineTab or your smartphone just by tapping an onscreen button on the watch? Neat.

Like some of Pine64’s other devices the PineTime Linux smartwatch will be housed in a pre-fab generic casing (this one, to be precise), but the company plan to pack it out with their own custom mix of hardware and technology.

The PineTime watch will be based around a Nordic nRF52832 ARM Cortex-M4F SoC running at 64MHz. This chip boasts Bluetooth 5, Bluetooth mesh, ANT and 2.4 GHz proprietary stacks, and NFC-A.

The exact flash and RAM hasn’t been confirmed, but it’s likely to boast 512KB flash and 64KB SRAM.

The PineTime will (according to this) boast a 1.3-inch IPS 240×240 LCD panel with touch capabilities. It will also have a vibration motor, which is super handy for discrete notification alerts.

At the time of writing, no ETA for the product beyond a vague “next year”, tough developer kits are expected to ship sometime in October of this year.

Beyond that, Pine64 say they won’t be taking any pre-orders for the PineTime until it’s done, dotted, and ready to ship.

They plan to set the PineTime price at around $20-25 dollars. Using a ready-made case will help keep production costs low which, as with their other products, will keep the eventual retail price low too.

But I’m excited — forget the newly unsheathed Apple Watch Series 5 because the PineTime is where the most interesting wearable dev work is gonna be at over the next few months. 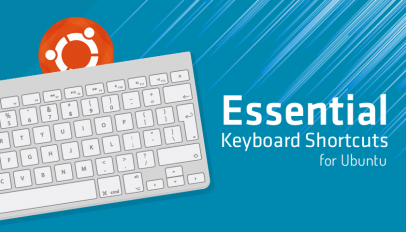 14 Essential Keyboard Shortcuts for Ubuntu (Plus Cheat Sheet!)
Read Next