The final stable Xfce 4.14 release just got a step nearer to general availability with the launch of a final testing build.

Serving as the next major update to the Xfce desktop environment, Xfce 4.14 has been in development since 2016. It continues the not-so-trivial task of moving core elements of the desktop stack from GTK2 to GTK3, targeting GTK 3.22 specifically.

Now the fruits of that effort are almost ripe for picking!

“The final pre-release before Xfce 4.14 stable is out […] which results in sticking to the original plan of releasing 4.14 in mid-August,” writes project developer Simon Steinbeiss.

Yawningly long gaps between Xfce desktop releases are not new and are not indicative of the project being ‘abandoned’ (as some in the community like to theorise): –

On course for a August 11 release, Xfce 4.14 features a healthy dose of “general” improvements and tweaks.

This should ensure that the desktop runs just as good — if not better — than previous versions.

The update also includes support for GDBus, debuts a new color-profile dialog (pictured above), and makes a number fo enhancements to the Application Finder tool.

Xfwm4, the window manager, opens new windows in the centre of the active display.

Improvements to xfce4-power-manager include support for xfce4-screensaver. The tool also checks to see if the power manager plugin is present (and, if not, adds its own systray icon).

Binge watchers will be pleased to hear that screen-dimming and the inactivity-actions will no longer kick in during video playback in players that pass the manager the relevant signals.

The Xfce desktop is famed for being stable, reliable, and relative resource efficient, though it’s often felt to be too pared back and barebones to meet the expectations of regular computer users.

Personally, I find Xfce to be like the Yoga of Linux desktops environments: refined, purposeful, and considered; each element gracefully placed. Ubuntu’s GNOME Shell desktop? Well, that’s more of a general cardio workout, i.e. things get a bit sweaty a bit too quickly!

Use Xfce as your default desktop? Share what you love about it below
News xfce 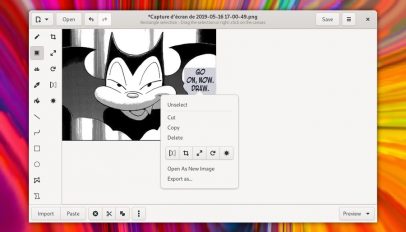