The upcoming Ubuntu 19.10 release will — if all goes to plan — feature an improved version of the Yaru GTK theme, and in this post we take a look at some of the changes the revamp makes.

Conscious of the continued debate as to whether Linux distros should “theme” applications designed for upstream defaults (i.e., the Adwaita GTK theme) Yaru’s development crew have opted to more closely align their fork with the latest upstream versions.

“We tried to keep as much design as possible while aiming for minimum diff (yaru was always based on the upstream themes, but the tweaks went a bit out of scope lately and it became hard to keep track of the upstream changes,” Frederik Feichtmeier explains.

What this means in practice is a little hard to say because, at the time of writing, the “new” version of theme is not available for testing in Eoan (though it can be built from source, but hey: i’m lazy).

That said there are a couple of low-res screenshots which attempt to showcase the improved Yaru theme, and these do sport a few noticeable, if minor, differences.

For instance, header bars (aka CSD) are no longer wholly flat/2D, as toolbar buttons embedded within now sport distinctive borders.

Switches previously took their style cue from the aborted Ubuntu Phone UI, using a rounded-rectangle style. No more; switches are now rounded in Yaru, just like they are in upstream Adwaita.

The menu hover is Ubuntu orange, while the accompanying Yaru GNOME Shell .css now provides full light and dark themes (there was talk of a light/dark toggle being featured in GNOME 3.34, but if not there’s one in offered in the optional GNOME Tweaks tool).

A few other changes in the new Yaru GTK theme include redesigned “page” tabs (now using a dark background with ‘metro’ style orange bar), the volume slider “trough” (can’t think of a better way to describe it) is outlined and not filled, and there are (apparently) some small tweaks to OSD pop up when adjusting volume.

Finally, padding/spacing of elements is now more consistent with Adwaita; Yaru uses the lowest spacing value (so things aren’t quite as spaced as in Adwaita).

What improvements would you like to see made to the Yaru GTK theme?
News Themes Eye Candy GTK Themes Ubuntu 19.10 yaru

Home » News » An Improved Yaru Theme is Being Prepped for Ubuntu 19.10 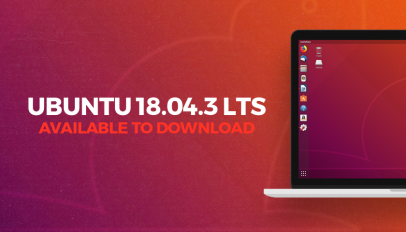