An Ubuntu MATE 19.10 alpha snapshot is available for testing on the latest model in GPD’s series of teeny-tiny laptops. 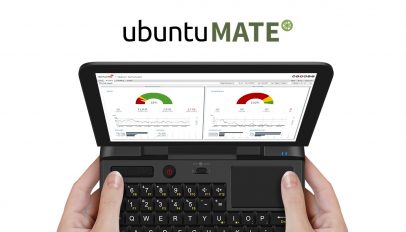 Naturally, the device has also found fans amongst gadget geeks, many of whom were wooed and wowed by its sleek, ultra-mobile design.

Ubuntu MATE on the GPD MicroPC

Did you know that Ubuntu MATE is besties with the GPD Pocket & Pocket 2?

Well it is; the pair of pocket-sized PCs, which were made possible through various crowdfunding efforts, got their own, customised, and 100% official Ubuntu MATE 18.10 install image last year, and a follow-up with the 19.04 release this year.

I guess making a custom-spun ISO is the distro equivalent of weaving a friendship bracelet!

Accordingly, it’s no major surprise to learn Ubuntu MATE 19.10 will also come tailored for use on China-based GPD’s latest mini-marvel, the GPD MicroPC.

Interestingly, the device is sold with Ubuntu MATE 18.10 pre-loaded.

Although Ubuntu (all favours) no longer issue formal alpha snapshots during development (preferring instead daily cadence paired with a sole beta release a little way down the line) Ubuntu MATE has snuck one out anyway.

But just case you got this far without reading any part of the post, including the headline, let me stress: the Ubuntu MATE 19.10 Alpha 1 is intended for testing on the GPD MicroPC and the GPD MicroPC only.

You can download the alpha snapshot below. However, given that the GPD MicroPC is yet to begin shipping to backers of the IndieGoGo campaign, I’m not entirely sure how much testing the alpha will receive 😉.

Either way, if you’re one of the 3,000+ folks who pledged your hard earned readies for one, at least you know there’ll be day 1, out of the box support waiting when you get it.

Home » News » Ubuntu MATE 19.10 Alpha Arrives, But Only for the GPD MicroPC 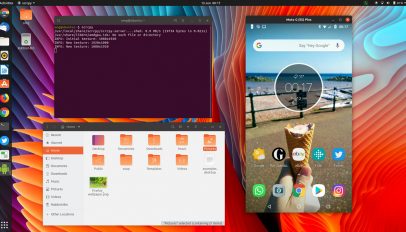