Purism has announced the finalised specs for Librem 5, the Linux-powered smartphone it successfully crowdfunded back in 2017.

While the bulk of the hardware that makes up the privacy-focused phone have been known for a while (and made available in developer kits) a few components, including memory and camera, were yet to be formally settled on.

The Librem 5 is powered by an i.MX8 chipset. This pairs four ARM Cortex A53 cores with an auxiliary ARM Cortex M4 core. Additionally, this chip features an integrated GPU with support for OpenGL 3.0, Vulkan and Open CL 1.2.

This should help ensure that the Librem 5 “phosh” UI runs nicely.

Purism has confirmed that the Librem 5 display is 5.7-inches. This screen size is a smidgen bigger than the 5.5-inch one initially suggested, but is a nice compromise between ‘not too large’ and ‘not too small’.

Also confirmed is the amount of memory the phone will offer: 3GB.

With only 32GB of onboard storage, the phone could fill up fast. Helpfully, a microSD slot for storage expansion is built-in (up to 2TB).

A rarity among modern phones: the Librem 5 has a replaceable battery rated at 3500mAh. As of writing there are firm stats on how long the Librem 5 battery will last, e.g, call time, standby, etc.

The device is notable for including hardware kill switches for the Wi-Fi and Bluetooth, cellular baseband, and camera and microphone.

When all three kill switches are turned on the phone’s ambient light and proximity sensors, and its IMU (compass, gyro, accelerometer) are also disabled.

The Librem 5 utilises a Gemalto PLS8 3G/4G modem (single sim) on a replaceable M.2 card which can (apparently; I have no details on it) be swapped for the Broadmobi BM818.

Now, being a Brit I’m not massively knowledgeable about how US mobile networks work, so you may wish to refer to Purism’s page on network support to get an overview of which bands are supported (and which aren’t) by the US modem variant.

In the UK and in Europe, however, the Librem 5 (with the European modem variant) should work fine on all major mobile networks, even at 4G speeds.

You can check your network’s bands on the frequency check website.

Purism say the Librem 5 smartphone is still on track for release later this year, when it will ship to backers of the Librem 5 crowdfunding campaign, to those who made a pre-order purchase, and anyone buying it post-release.

How much does the Librem 5 phone cost? Well, at the time of writing, $649 — though Purism stress that the price will increase by $50 once it hits general availability!

You can buy the Librem 5 from the Purism Shop webpage. 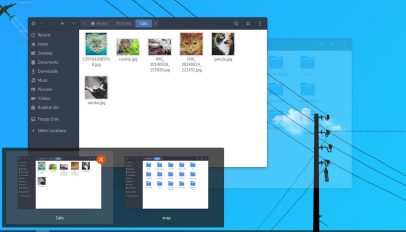 Dash to Panel Just Got a Major Update
Read Next