A new version of the Deepin Linux distribution is now available to download — and in this post we give you a quick overview of what’s changed.

Made by a Chinese company of the same name, Deepin is a high-gloss Linux distro for the desktop. It boasts the bespoke ‘Deepin desktop environment’, a bevy of home-grown apps, and ships with a boatload of visual flair.

While Deepin is primarily targeted at Chinese-speaking users its slick UI has international appeal, as evidenced by the distro’s increasing popularity on sites like Distrowatch.

And the latest release looks set to cement that appeal.

“In deepin 15.11, you will enjoy smooth and better user experiences,” the team says of the update — and based on the listed highlights, that sounds right.

Deepin desktop environment (DDE) uses the Kwin (KDE Window Manager) for compositing and management. As well boasting a crop of bug fixes, the new version of dde-kwin is said to be lighter and less crashy than before.

The Deepin File Manager now supports writing data to discs (yes, from the file manager), and an indicator has been added to show disk free space.

The Deepin Movie app now supports .srt subtitle files through drag (just drop a .srt file on to a playing video to load subtitles) which is a handy, if not groundbreaking, teak.

Hovering over the battery icon in the Deepin Dock will reveal a tooltip that displays the battery capacity, remaining time and/or charge time until full.

Deepin Terminal emulator now supports a blurred background under Kwin and adds an option to move the title bar to the bottom of the window.

Finally, those using Deepin 15.11 on a touchscreen device will appreciate work to improve the window dragging experience on the desktop and overview.

You can download Deepin 15.11 direct from the Deepin website. They now offer a multitude of links and mirrors, solving the one big drawback of every release: molasses-slow download times.

Side note: I have a “distros” tag on this site (see below) under which distro related posts are grouped, but do you think it’d make more sense to have a dedicated “distros” category, instead? Let me know. 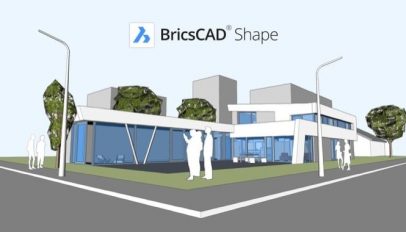 BricsCAD Shape is a Free SketchUp Alternative for Ubuntu
Read Next