Skip to content
Panic over: Since this post was written Canonical has said it will provide some 32-bit app support in Ubuntu 19.10, leading Valve to say they Steam will support Ubuntu 19.10.

Steam is dropping official support for Ubuntu, which is currently the world’s most popular desktop Linux distribution.

The bombshell news was delivered by Valve developer Pierre-Loup Griffais on Twitter:

The move, not unexpected, follows Ubuntu’s decision to stop providing 32-bit packages in its archives, beginning with the upcoming Ubuntu 19.10 release.

Valve’s Pierre-Loup Griffais, who works on the massively popular game distribution platform, says in his tweet that Ubuntu 19.10 and future releases “will not be officially supported by Steam”.

And he adds that Steam will no longer recommend Ubuntu to its users.

That’s a big deal as Valve has officially supported Ubuntu since the launch of Steam for Linux back in 2012.

But going forward the company will instead advise would-be Linux gamers to switch to a different Linux distribution.

Why the drama? Aren’t most computers 64-bit these days?

By removing the 32-bit archive entirely, Ubuntu is nixing the ability for 32-bit software to run on 64-bit versions of Ubuntu — at least, without resorting to complex workarounds like using containers.

While the decision doesn’t impact most software it does, somewhat uniquely, impact gaming as many of the games available on on Steam, games that Steam customers already own and want to keep access to, are 32-bit only.

Unlike software, most games don’t continue to receive updates or development after their release. Games released in 32-bit are (short of future re-releases or re-masters) 32-bit forever.

Wine, the Windows comparability layer for Linux, is also set to be heavily impacted by the lack of 32-bit support on Ubuntu 19.10 and later releases.

For now at least you don’t need to panic. Steam supports Ubuntu 18.04 LTS and the latest Ubuntu 19.04 releases — but Ubuntu users will need to pick a new distro to enjoy new games and classic titles alike in the future.

That is unless Valve can find or finance a viable alternative for Ubuntu or — perhaps more likely — Canonical decides to reverse or amend its 32-bit decision.

Would a lack of Steam support make you switch distro? 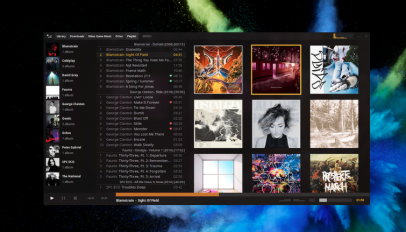