Prepare to bid bye-bye to the fancy translucent top panel in the GNOME Shell desktop environment.

“Nobody stepped up to address those issues in two years, so revert back to the fully opaque top bar”, GNOME dev Florian Müllner explains in a commit.

In current versions of GNOME Shell the top bar turns translucent when apps run in free-floating windowed mode (i.e. none are maximised). This behaviour was first introduced in GNOME 3.26.

But although GNOME devs admit that the animated feature “looks fancy” they note it came with a downside: legibility, or lack thereof, of panel text when viewed against light or bright wallpapers.

“We don’t control the background. A high density detail or very bright wallpapers will make text and icons difficult to read,” a bug report, now closed, reasons, asking for the issue to be addressed.

Three options were put forward to tackle the problem:

Although the bug report was open for two years no one stepped in to effect a suitable workaround. As such, GNOME devs have no choice but to revert the feature and switch back to using a black top bar for future releases, like the upcoming GNOME 3.32 one.

Aside from upsetting fans of bling, the feature removal could impact third-party GNOME Shell themes, like Ubuntu’s own Yaru theme, which currently make use of the “auto” panel translucent effect. Themes which use a hardcoded transparency level (like Arc) are unlikely to be affected.

But as this is open source software, workarounds may yet appear — fingers crossed, eh! 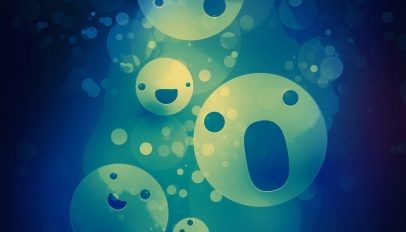