If you use Linux and own an NVIDIA graphics card the following new utility might be of interest.

It’s called “Green with Envy” and is a tool designed to let you manage fans of, view info on, or overclock a NVIDIA GPU on Linux.

Design wise the app is very detailed, as this screenshot shows: 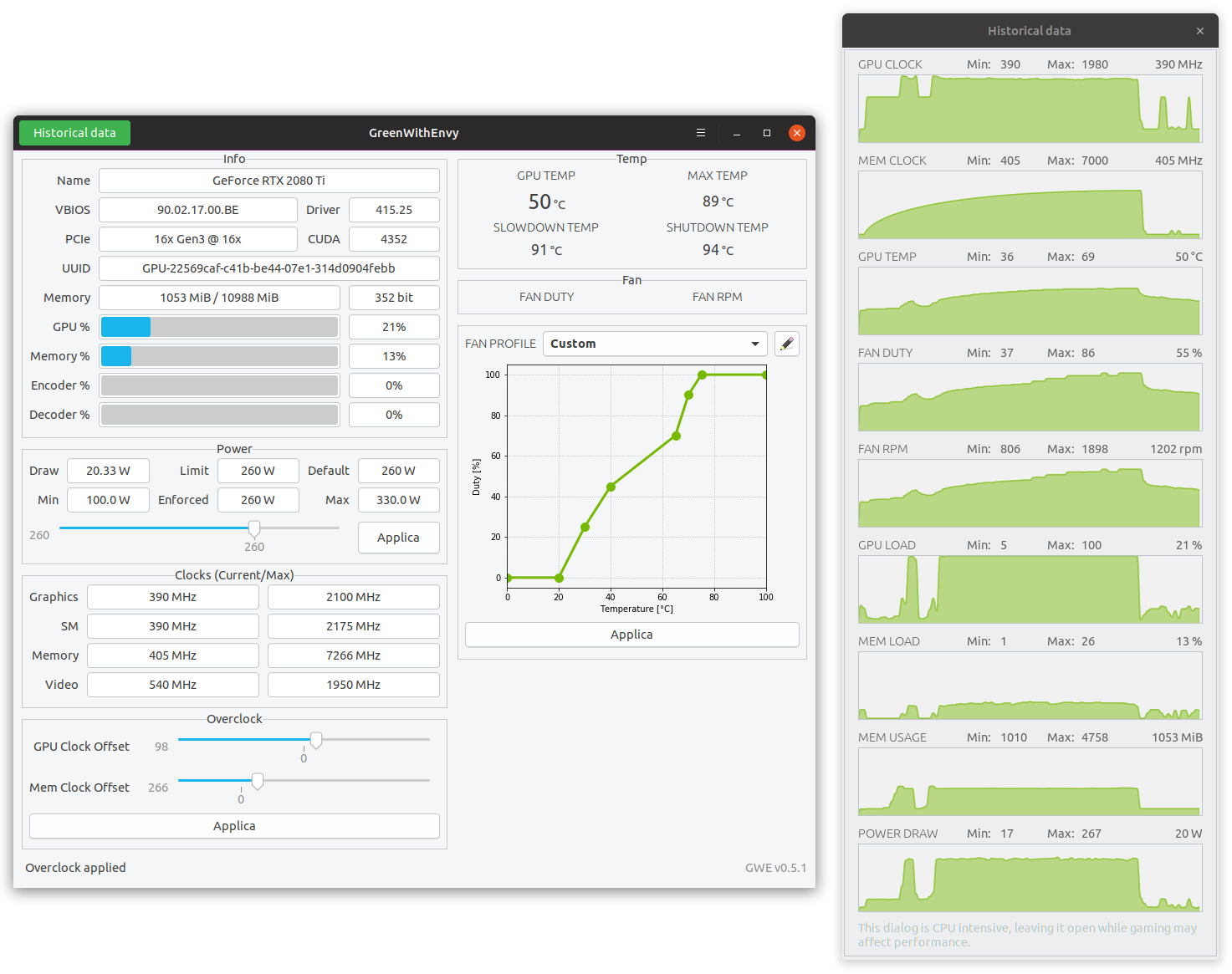 Through the main window you can quickly and easily glean information on:

Green with Envy also lets you set-up and switch between custom fan profiles, each tailored to your own specific needs.

Also of note, you can view historical data of the most important values from your GPU in a separate dialog window if you have a recent version of GNOME. A really useful touch.

Amidst all the information are two options that let you very easily overclock your NVIDIA GPU on Linux.

Using sliders, you can adjust the GPU clock offset and the GPU’s VRAM clock offset. Depending on the values you choose you can potentially squeeze more performance out of your graphics card.

But the increased performance has a cost. The higher your clock speed is the more power your GPU will use, and the more power it uses the hotter it runs, requiring fans or other cooling.

Overclocking should not be done idly. It can result in system instability or (worse) damage hardware.

As I don’t have a NVIDIA GPU in my Linux machine I can’t say how well this app works. But based on the number of tips I’ve gotten about it over the past few weeks, it must be doing something right!

You can install Green With Envy on most modern Linux distress as a Flatpak app via the Flathub app store:

Green with Envy on Flathub

If you don’t have Flatpak installed on Ubuntu you can install it from the repos. You’ll also need to add the Flathub remote. Full instructions are here.

Arch users can grab the app from AUR. A Snap package is also planned for a future release.

If you’re an NVIDIA user and use this app, let us know if you find it useful!
Apps Download flathub flatpak apps gpu nvidia overclocking 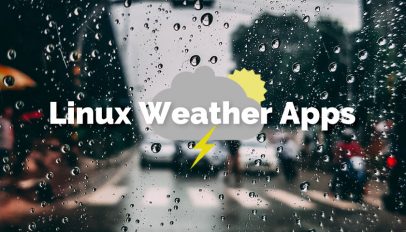