Do you dream of being able to use an Android phone as a Linux PC when connected to a big screen and full-size keyboard? If so, you’re gonna love Samsung.

The South Korean tech giant has launched its “Linux on DeX” app in beta, and is inviting early adopters to register to help test it out.

Previously known by the ‘Linux on Galaxy‘ title, the Samsung Linux on DeX app lets owners of specific Samsung devices “run” a full Ubuntu desktop on their device alongside Android.

The feature, being shown off at the Samsung Developer Conference 2018 (SDC18), is compatible with two devices: the Samsung Note 9 and the Samsung Tab S4.

Could more devices could be added if testing goes well? It’s possible, though Samsung hasn’t said as such. It’s unlikely that any mid-range or low-end handsets will gain support for Linux on DeX to the feature’s minimum requirement of 4GB RAM. 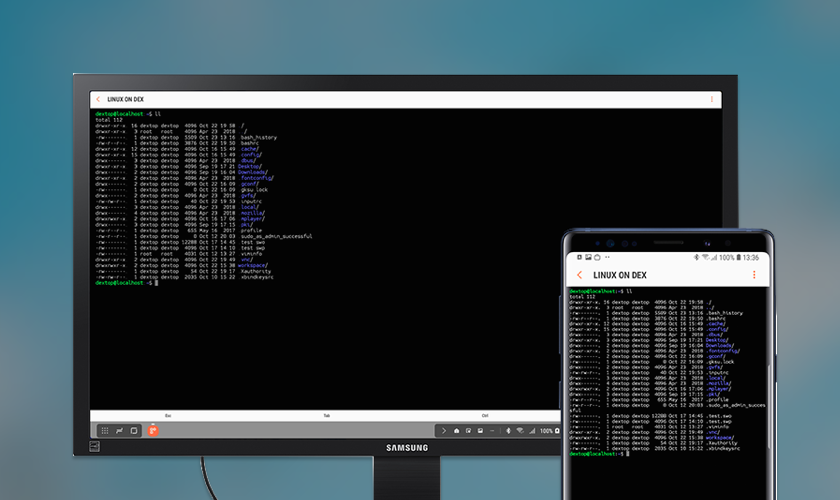 Linux on DeX allows users to run a full Ubuntu desktop on select Samsung devices, with the ability to install and run traditional Linux apps, IDEs and command line utilities (where compiled for 64-bit ARM) too.

The “Linux on DeX” app is an Android app that allows a secure container to be created inside of it, within which an Ubuntu image can be added. Ubuntu still runs on top of Android kernel and inside the Android user-space.

It’s all a bit like Crouton on Chromebooks, a method which lets regular Linux run alongside Chrome OS at the same time, sharing the same kernel.

The hybrid approach allows some neat integrations to take place. For instance, Linux can read/write to folders and files on Android (so you can tweak a selfie in GIMP, for instance) and both Android and Ubuntu share a clipboard. It also means you can use the phone’s touchscreen as a mouse.

Samsung is targeting developers with its hybrid computing feature, rather than your average Android user. They specifically mention the following benefits:

Aiming this at devs makes sense, especially given the early nature of the tech.

It Uses a Custom Version of Ubuntu

Linux on DeX runs a modified version of Ubuntu 16.04 LTS.

The image is a 3.6GB download and uses around 13.6GB of storage when installed inside the container.

A video demo of this feature earlier in the year showed an Enlightenment-based minimal desktop UI as part of the process.

Linux on DeX runs full screen (though you can access the Android task bar by mousing up to the top or bottom of the screen).

To use ‘Linux on DeX’ users need a compatible handset and the DeX desktop station accessory.

The DeX dock is required because it provides access to USB ports, ethernet, and HDMI out — all essential to the notion of adding an external monitor, keyboard and mouse.

Although the majority of GUI interaction within the Linux desktop requires the dock accessory (chiefly for the screen space more than anything) terminal mode can be used without first docking the device, say Samsung.

If you have a compatible Samsung smartphone or tablet and access to the DeX station accessory you can take part. Just scoot on over to and sign up for the Linux on DeX beta via the link below:

You only have until December 14, 2018 to register interest. Do expect bugs, slowdowns, and the occasional random reboot when memory limit is reached (Ubuntu has to share Android’s RAM, after all). You also need to register using a valid Google account or G Suite email.

Do you own a compatible device? Would this feature encourage you to buy one?
Hardware News Android linux on galaxy samsung 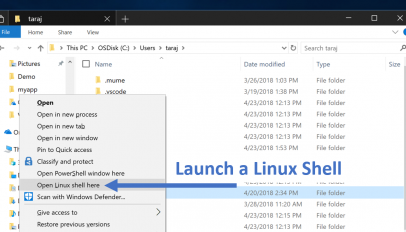