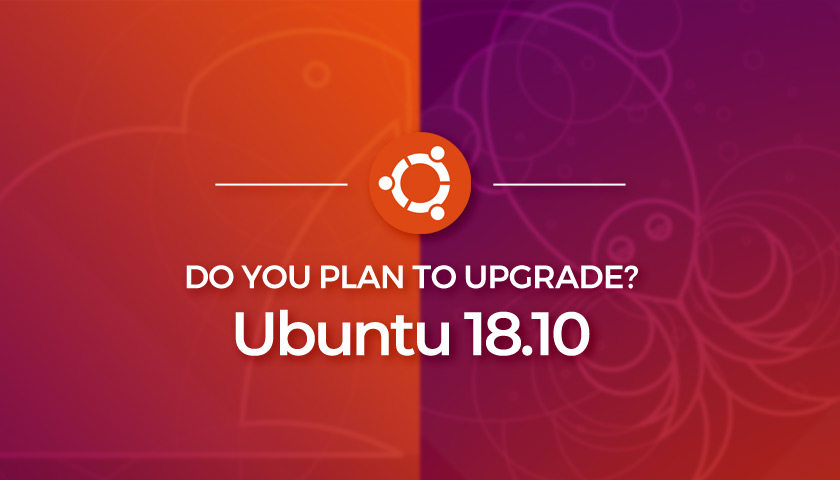 Can you believe that we’re now just a week away from the Ubuntu 18.10 release? It will be available to download from Thursday, October 18.

Are you the sort of Linux user who likes to run the latest and greatest open source software?

Such closeness means — shock — it’s almost-very-nearly upgrade decision time for many of us!

The question is are you the sort of Linux user who likes to run the latest and greatest that open source software has to offer? Or do you prefer to play it safe on the stable foundation of an LTS? Perhaps you’re entirely uncertain?!

Ubuntu 18.10 (codename ‘Cosmic Cuttlefish’) is a short-term support release. This means that it gets nine months of ongoing security patches, stability fixes and select app updates and then …Well, nothing (the idea is that you upgrade to Ubuntu 19.04 when it arrives in April, 2019).

On the flip, it has newer software, a newer kernel, and features a slate of bug and performance fixes.

But that truncated support period? Yeah, it’s not suited to everyone. So if you run Ubuntu 18.04 LTS (or a different distro or operating system entirely) at the moment take some time to consider whether the lure of the latest software is worth the potential sacrifice in assured stability.

For those who are new to Ubuntu, loathe upgrading, or simply want to stay put on something stable, Ubuntu 18.04 LTS is the version to stick with.

Whatever you plans, share them with us in the poll below. It asks if you plan to upgrade to Ubuntu 18.10. An answer of yes, no or maybe is all that’s needed.

This poll applies to all Ubuntu flavors.

It doesn’t matter when you plan to upgrade, nor why, just whether you do.

This poll above lacks custom options for stating “I hate Ubuntu”, “yes, but no, but yeah”, and “I use Linux Mint” and so on (people always ask for additional options to be added).

If you are running the Ubuntu 18.10 beta then vote as “yes” as you do plan to upgrade to the “final” stable release (unless you don’t, in which case you can vote no).

If reading via AMP, mobile or RSS you won’t see the poll embed above
Share your vote and explain you reasons in the comments section
Poll ubuntu 18.10