Binge watchers, TV addicts, and music lovers rejoice — it just got mighty easy to install Plex Media Server on Ubuntu 18.04 LTS and other Linux distributions, all thanks to Snaps!

From today Plex is available to install from the Snap store, for free, on any and all Linux distros that support the Snap framework, such as Linux Mint, Solus and Manjaro.

Adding the popular media tool to the shelves of the Snap store means you, me, and anyone else can install and set-up their own personal media server faster, and with less effort than before.

We can also expect to get future Plex updates automatically, through the Snap store, directly from the Plex team, a benefit Tamas Szelei, Software Engineer at Plex, notes:

“Canonical’s Snap Store provides an easy and secure way to distribute our software to an increasing number of consumers.”

It’s a timely arrival too. Plex recently announced a raft of new on-demand web shows will be available to users — a staggering 19,000 episodes across 67 shows!

If you’re interested in learning more about Plex, or want to kniow how to install the Plex media server on Ubuntu for yourself, keep on reading…

What is Plex Media Server? 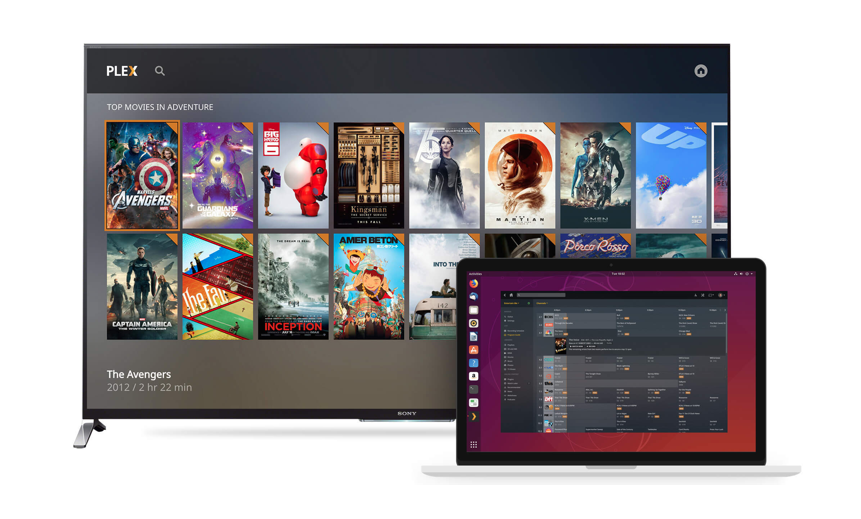 Media savvy readers will need no introduction to Plex. The free media server app, spun out of Kodi (formerly XMBC), is a veritable stalwart on the “self-catering” media streaming scene.

An app of two halfs, Plex makes it easy to organise, browse and stream your digital media library on other devices when you like, from pretty much wherever you like!

Chances are you have a stack of media files strewn about your computer already, ranging from from music and podcasts to movies and TV shows.

You might be sort of person who likes to “backup” DVDs and Blu-Rays to their hard drive, rip CDs, or shoot a lot of video while travelling; or perhaps you just purchase a lot of digital media from online content stores like iTunes, 7Digital and Amazon.

Either way: if have media on your computer that you sometimes want to watch elsewhere, the Plex Media Server (PMS) can help.

The Plex model is simple: you install the server part on the computer where you keep your media, and then install a Plex player app on any/all your other devices to access it over the internet.

This means you can watch videos on your computer on your Android phone while you’re on the bus; listen to your music library on your iPad while on holiday; and scoff popcorn with your besties while watching a movie on your computer on their smart TV.

One big advantage of Plex over other media server apps like is its impressive organisational capabilities.

See, I’ve tried media server apps in the past only to end up frustrated by haphazard indexing, amnesic scanning, and incorrect labelling. I’ve spent many hours painstakingly hunting down cover art for my obscure movies and TV shows, adding them to the correct folders with the correct file name syntax, only to still end up scrolling through 100s of identical placeholder images!

Plex, however, fetches all that meta-data for me — from movie posters to movie ratings, to cast lists and episode summaries. 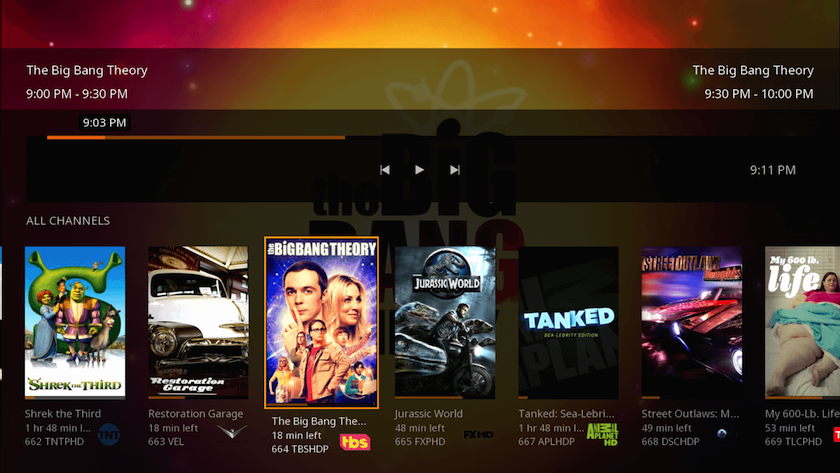 Another neat touch: it allows you create and then browse content through hand-made “collections“.

These ‘bespoke groups’ can be ordered around any type of theme you like, with different types of media included.

You could make a “Superhero Films & TV Shows” collection to gather your favourite DC or Marvel media together; a “Whoniverse” collection gathering up classic and new Doctor Who, spin-offs like Torchwood and The Sarah Jane Adventures, as well as soundtracks and audio plays.

Or, like me, you might make a glorified rubbish bin titled “Stuff I downloaded and probably won’t watch” 😉.

Other Plex features include:

In effect, Plex is like running your own private Netflix or Spotify: you are in control of curating the content that’s available, and you’re in control of who can access it.

You get to remotely access your media library and stream it to virtually any device, over the internet. No copying files to and from devices, or hitting ‘unsupported format’ errors.

If the idea of on-demand streaming to all of your devices (with sick organisational smarts thrown in) sounds ideal, here’s how to get it.

How to Install Plex on Ubuntu & Linux Mint

To install Plex Media Server on Ubuntu 18.04 LTS, Linux Mint 19, or any other Linux distro that supports Snaps, run this command in a new Terminal window:

Alternatively, if you’re on Ubuntu, you can also locate and install Plex from Ubuntu Software. Just searching for it by name (‘Plex’) or click this button which should take you where you need to go:

Setting up your Plex Media Server can take as quick or as along as you like, depending on your archival tendencies.

You will need to sign up with a valid e-mail address to use the service, but the app walks you through all the steps needed to configure the media server, including:

And that’s pretty much all there is to.

Remember: if you’re using your computer as a host then you have to need to leave it turned on, with the Plex Media Server running, and an active internet connection, in order to stream your videos, photos and music on the go.

Should you get stuck, or have further queries, the concise ‘Plex Quick Start’ guide will point you in the right direction:

You can watch content in Plex from any device with a web browser using the Plex web UI. But the app is more effect when using with the official Plex player apps.

The Plex Pass unlocks additional features and integrations, including mobile sync, the option to watch free-to-air TV (antenna and tuner required) and, where available, the ability to record TV to your library with Plex DVR.

If you want to know more than the Plex website provides an overview of the features available on free and paid plans.

New software in a snap

Plex isn’t alone in adopting the Snap store as a primary distribution method.