Tracktion Software has made its powerful cross-platform digital audio workstation (DAW) available to download for free.

T7 DAW (often known as Tracktion 7) was first released back in 2016 at a cost of $59. Warmly received, the app managed to score a number of awards and plaudits from industry magazines and websites.

Anyone with an itch to compose, create or concoct an audio creation can now do so using this user-friendly but feature-rich tool.

There are no missing features or limited functionality versus the former retail version as all of Tracktion 7’s music production tools are included.

The “catch” (if you can call it that) is that the freeware version doesn’t come with technical support. Thankfully a bustling community forum is on hand to help you out should you need it.

Tracktion 7 is Freeware (Not Open Source)

A quick Google search turns up a wealth of free DAW software that’s available to download for Windows, macOS and Linux, including well-known open-source audio tools like Audacity and Ardour.

T7 DAW is free to download and use but it is not open-source; it’s simply freeware. That said, more choice never hurts, especially when it supports Linux as a core OS and not an afterthought.

T7 DAW is a digital audio workstation and music production suite written in C++ that allows you to record, edit, and mix audio and MIDI tracks.

The unique single-panel UI is designed to make recording and mixing audio faster with less friction, and fewer dialogs getting in your way. Features and effects, automation patterns, and other presets can be applied to the (unlimited number of) audio tracks using drag and drop.

The system requirements for Linux are listed as:

The Tracktion T7 DAW is available to download for free from the Tracktion Software website. Installer packages are provided for Windows, with standalone builds available for Mac and Linux.

Although the app is free to download and use you will need to surrender a (valid) e-mail address and create a user account in order to get it.

Still, you’re getting a powerful music-making tool for absolutely zilch, so an email address isn’t too much of an ask all things considered — and you can always unsubscribe from any junk it sends your way. 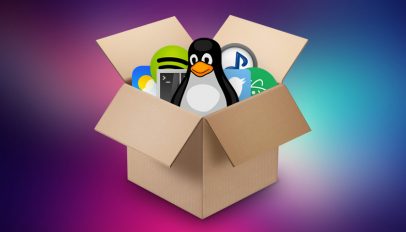