The Dell XPS 13 line (particularly the ‘developer edition’ pre-loaded with Ubuntu) is fast, well-engineered, and looks a total dream.

So, as a cost-conscious consumer, I’m pleased to see Dell introduce a newer, lower-priced Dell XPS 13 model that, on paper, sounds like a great all round machine.

Unveiled at IFA 2018, a tech show taking place in Berlin, Germany, the cheaper Dell XPS 13 9370 starts at under $899, which makes it one of the lowest priced XPS models released to date.

Naturally there are some compromises, specifically in the processor.

I know what you’re thinking: “i3?! Why is this guy excited about that?!”

Don’t be sniffy about the i3 unnecessarily. As PC World note, the 8th-gen i3 processor is likely to be just as fast as — perhaps faster than — the 7th-gen Intel Core i5 found in earlier XPS 13 models. This is partly thanks to some innovative cooling (via Dell) and a boost in max turbo frequency (via Intel).

The i3 also has lower power requirements which means what this laptop loses out on in terms of raw performance it should more than make up for in better battery life.

Beyond the internal specifications everything else remains the same as the most recent XPS models: super thin, light weight, premium engineering, and top-tier build quality.

There’s no word on whether Dell will offer an XPS 13 9370 ‘Developer Edition’ with Ubuntu pre-installed (I’d wager not).

But since the latest Linux kernel and distro releases support this laptop range incredibly well it shouldn’t be too much effort to get Ubuntu 18.04 LTS — which the dev editions now ship with — up and running the old fashioned way.

And if you do buy one you’ll be in some esteemed company: Linus Torvalds recently revealed that the Dell XPS 13 ‘Developer Edition’ is his laptop of choice! 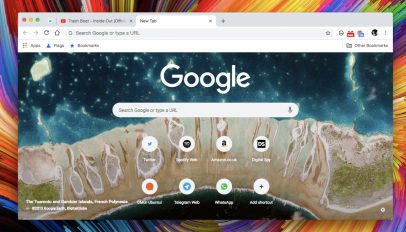