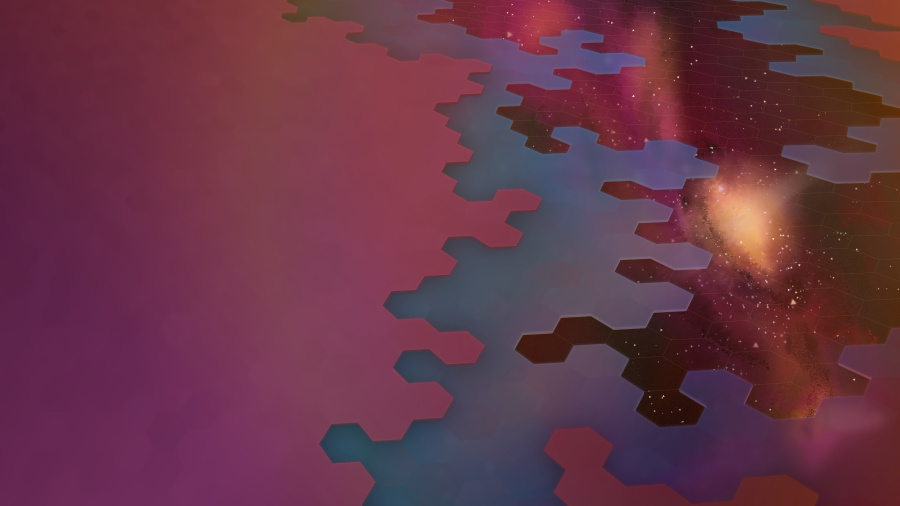 The image you see above  is the new KDE Plasma 5.14 wallpaper, which has just been revealed on designer Ken Vermette’s blog.

Ken tweaked his wallpaper after we published this article, so it has been updated to reflect the final version (this is the original design).

Ken has designed all of the Plasma 5 series wallpapers to date but his latest background is something of a dramatic departure.

The Plasma 5.14 wallpaper is a dramatic departure the designs used by previous versions

The new wallpaper is dubbed “Cluster” and is the first wallpaper Ken has made for KDE using the Qt-based open source raster graphics editor ‘Krita‘.

Curved lines and bright, bold colours have been swapped for what I can only describe as something resembling a layered celestial jigsaw puzzle.

The two geometric layers help to thematically connect the new design to the backgrounds shipping in earlier releases.

Are you a fan?

Whatever your opinion is just don’t be too critical based on the version you see above! Any artefacts, banding or noise present is likely the result of our JPEG compression and shouldn’t be visible in the final version.

The new wallpaper will be on show in promo videos, publicity shots and blog reviews over the coming months

Ken also says he plans to refine and polish Cluster over the coming weeks. So, if you like what you see already you’ll probably love what you see come the Plasma 5.14 release in a few months.

Do get used to seeing it though as the new background will be on show in promo videos, publicity shots and blog review screenshots over the coming months, particularly as development on Plasma 5.14 picks up pace.

Below is a selection of other KDE Plasma 5 default backgrounds, spanning Plasma 5.8 through to the new Plasma 5.14:

Like what you see? As this is just a wallpaper you don’t need to trade your existing desktop environment to get it.

View and/or download the KDE Plasma 5.14 wallpaper in full 8k glory by clicking the button below:

Are you a fan of Plasma wallpapers? Which is your favourite?
Dev Wallpaper defaultwallpaper kde KDE Plasma 5.14 plasma