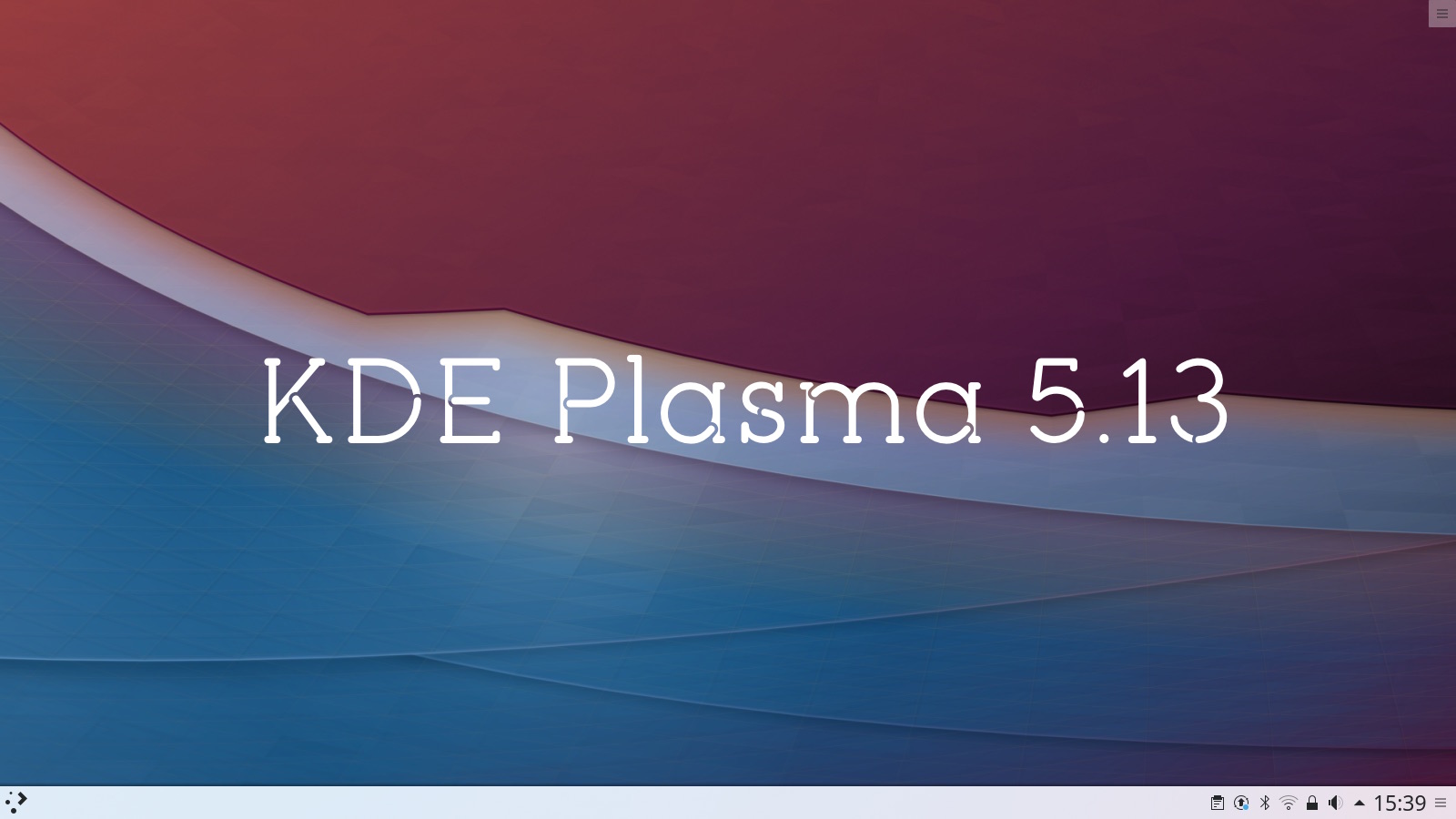 Back in May we said that KDE Plasma 5.13 was shaping up to be one heck of a release — now that it’s out, I think I can say we were right.

And to demo the key changes arriving in this update of the popular, resource-efficient desktop environment is a spiffy official release video.

At a speedy 2 minutes 22 seconds long, the official clip offers a concise overview of the what’s new in Plasma 5.13, from its new-look system settings and nifty browser integration, to the redesigned lock and login screens and improved ‘Discover’ software tool.

Now, I’m not gonna lie: it’s been a veritable age since I last used the Plasma desktop myself (long story: I had a KDE Neon install for a while, it broke, I never got around to reinstalling, etc).

But with the release of KDE Plasma 5.13 I’m in serious danger of being lured back!

It looks, quite simply, beautiful.

Blurring the lines of what’s possible

There’s one “feature” of Plasma 5.13 which wows me in particular. You can see it at the 1:24 mark in the video above, or try to spot it in the screen-cap below:

It’s the the background blur in the Dolphin file manager context menu! This effect is new to KDE Plasma 5.13 and is available across the entire UI, from panels to menus.

I get that, on paper, it sounds so very superficial to be so very enthused by a bit of Gaussian blurring, but it’s a tactile touch that, I think, helps to elevate the look and feel of Plasma above all other Linux desktops out there.

It’s not simply a case of it looking good (which it does) either. This effect shows that the Linux desktop is just as capable of providing the “wow” factor— and of keeping up with the Joneses next door

Apple’s macOS makes heavy use of background blur in its desktop UI, as does the Fluent design system Microsoft is (very slowly) introducing to Windows 10.

To be clear: this is not simple transparency, it’s transparency and blur, updated live as you move windows around.

GNOME Shell has extensions which can sort of mimic background blur in places like the GNOME Shell UI, but these are resource heavy and not part of the regular toolkit. It means desktop apps (and their context menus, to pull this sentence back to point) aren’t affected.

This being KDE the blur strength is (ofc) totally configurable.

By default (in the video and screen grab above) it is set to 10/15. But if you’d rather things were totally out of focus you can ramp it all the way up to 15/15, like in this Manjaro screenshot from KDE dev /u/Alex2580:

Chances are you’re wondering how to install KDE Plasma 5.13 to try these changes for yourself.

Well, it depends on your distro.

The Plasma 5.13 release is now available to install in KDE Neon (presumably both User Edition and Developer Edition).

If you’re running Ubuntu 18.04 LTS you can install Plasma 5.12 and, if you like what you see, upgrade to 5.13 by adding the Kubuntu backports PPA to your software sources.

A few things to note about this.

First, at the time of writing Plasma 5.13 has yet to be added to the backports PPA which means it’s NOT available to upgrade to.

Secondly, this PPA isn’t part of the standard software set so is not supported in the same way. Use it with caution, and expect bugs.

Caveats out of the way this is the command to run:

When the Plasma 5.13 update is available you’ll be prompted to upgrade via the standard update tool.

Pensamento Positivo True! But that is not the point. The real point…
Ubuntu Adopts Flutter for Its Future Desktop Apps

Pensamento Positivo This is exactly what Google wants! To "kill" Windows... Look…
Ubuntu Adopts Flutter for Its Future Desktop Apps

Biky Alex I have no idea what this means, because I'm an…
Ubuntu Adopts Flutter for Its Future Desktop Apps