The Ubuntu 18.10 codename has been revealed.

Canonical’s Adam Conrad registered the ‘cosmic’ series on Launchpad, the code-hosting site where Ubuntu development takes place, in early May.

Now the second half of the code-name has been confirmed by Mark Shuttleworth in a blog post.

Say a cute hello to the Cosmic Cuttlefish.

Cuttlefish are said to be one of the most intelligent marine animals — a hint at a smarter Ubuntu 18.10?

“I’m delighted to say that we’ll kick off [the journey to Ubuntu 20.04 LTS] with the Cosmic Cuttlefish, soon to be known as Ubuntu 18.10,” says Ubuntu’s founder.

His reference to the the next long-term release so close the latest is, he says, informing the scope of the next releases.

“If I had one big thing that I could feel great about doing, systematically, for everyone who uses Ubuntu, it would be improving their confidence in the security of their systems and their data. It’s one of the very few truly unifying themes that crosses every use case,” he writes.

“Security is the one thing that every community wants – and it’s something that, on reflection, we can raise the bar even higher on.”

With Ubuntu at the centre of so much in out interconnected, cloud-glued lives- from mainframes and clouds to desktops and IoT devices – improving the robustness of the platform is a commendable ambition.

What’s in a name anyway?

This will be the first time that Ubuntu has used the letter ‘C’ in its codename.

But what does ‘Cosmic Cuttlefish’ mean?

A Cuttlefish is, Wikipedia tells me, a marine animal with unique eyes, tentacles, and super suckers for catching prey. But despite the less than alluring appearance Cuttlefish are said to be among the most intelligent invertebrates, a fact no doubt helped by having one of the largest brain-to-body size ratios of all invertebrates!

Combined it means Ubuntu 18.10 is going to be a smart, intelligent release that is bigger than before – a potentially out of this world release.

We could’ve had a date with Cosmic Capybara, ridden on the Cosmic Camel, or saw a Cosmic Cheetah come bounding into play.

(But in light of the late nights, bug reports, and headaches that each recycle brings, surely the Caffeinated Crocodile is most fitting?!)

Instead it’s the humble Cuttlefish that has been selected for mascot role this cycle.

What Would You Choose as the Ubuntu 18.10 Name?

Now you know a bit more about the upcoming release it’s your turn to turn speculative. Let us know what the Ubuntu 18.10 name would be if you were in Monsieur Shuttleworth’s fancy pants shoes.

Thanks to Lathan & Bobby 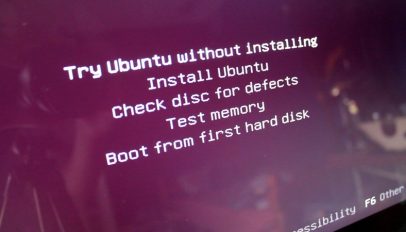