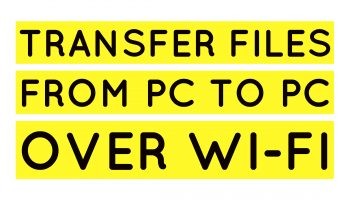 I recently went on the hunt for a simple file sharing app to transfer files from PC to PC over Wi-Fi — and found a great app.

LAN Share is a free, open-source and cross-platform tool that enables you to quickly send files between computers that run Windows and/or a Linux distribution.

File transfers happens direct, PC to PC, over your local network or Wi-Fi. No complicated set-up or configurations are required, and you won’t need to fuss around with obscure settings and permissions.

But before I show you more there’s a bit of backstory.

I recently needed to transfer an 8GB disc image from my coffee shop laptop to my main Ubuntu PC. The question was: how?

My first instinct was (like most peoples) to reach for the nearest USB drive. So I did. But, for some infuriatingly unknown reason the ISO took forever to copy through the file manager — and worse: the speed got slower as each second passed!

Impatient, I yanked the USB out (not advised) and fired up my browser to find for a faster way to transfer files from PC to PC without any annoying “middle men”.

Now, I am aware of things like Samba, network shares, local workgroups, and ssh file transfer. But I wanted something simple, something free of complex configurations, and something that didn’t involve uploading files to the internet first.

And I found all I wanted and more in LAN Share. 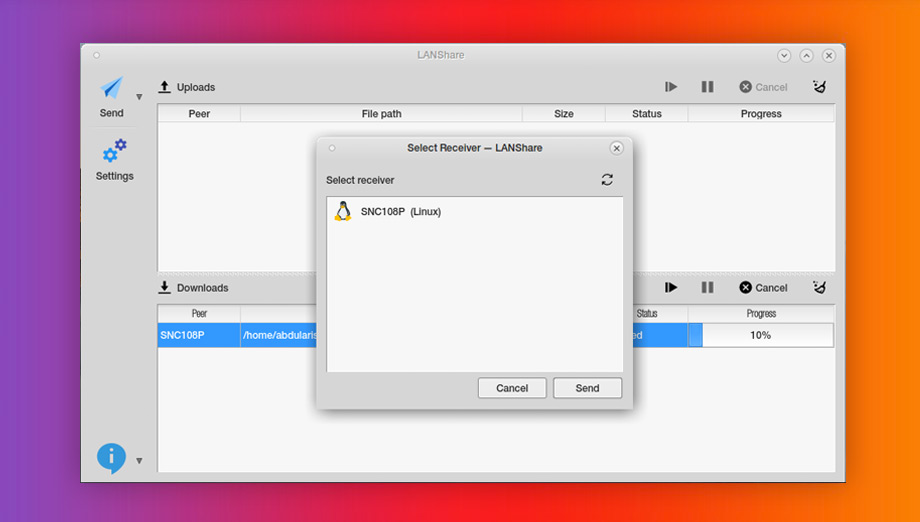 Better yet LAN Share supports Windows and Ubuntu Linux, meaning you can use it to:

There are no third-party servers, no cloud services, and no complicated protocol arrangements involved.

Simply install the app on each computer you want to use, use the “Send” menu to select the file(s) or folder(s) you want to send, and select the ‘receiver’ computer from the list.

The only hard requirement is that both computers are on the same local network or Wi-Fi connection.

Part of why I like this app enough to write about it is the simple, straight-forward interface.

The main window is split in half, with the top section dedicated to “sent” files and the lower “received” files. These show real-time progress bars and metadata when files are actually being sent and/or received. 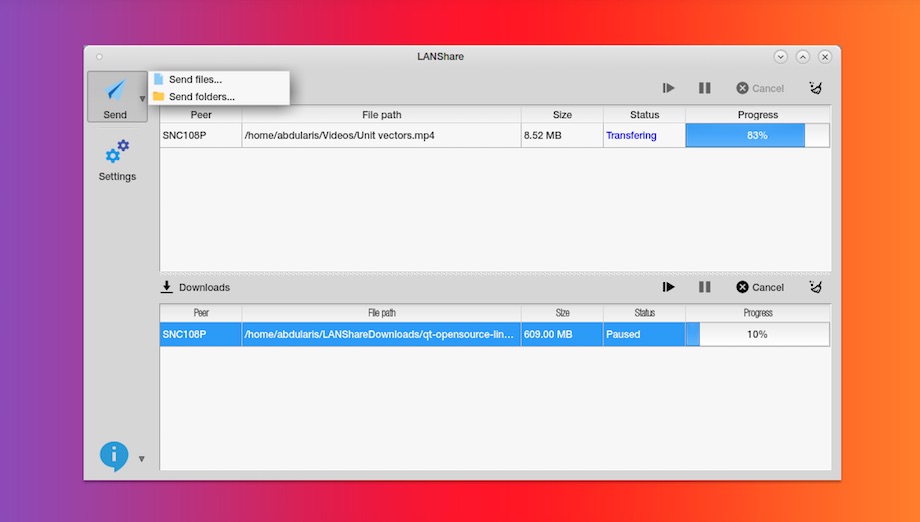 Basic controls to pause, skip, and cancel mean managing tasks is easy, and there’s a button to clear out completed tasks.

If there’s any catch it that’s the this app lacks advanced features and security settings — but as I’m only going to use it at home, I’m okay with that.

What I really appreciate is that files can be transferred between machines running different operating systems. I no longer have to go through the boring process of transferring files from Windows to a USB, then from USB to my Ubuntu machines; I can simply ferry things across over the network!

And tools like this are especially handy if you don’t have a (large enough) USB thumb drive to hand, or you don’t have a working internet connection (so long as your router works, so will this app).

I don’t know, but I do know that it was a lot faster than the lethargic write speed to my USB stick, and far less effort than setting up a network share (plus files you send are not discoverable by anyone else on your network).

Installers for Windows 64-bit and Ubuntu are available on the project’s Github page:

LAN Share is not the only network filesharing software out there. A slate of apps exist for Windows, macOS and Linux, as well as Android and iOS, both free and paid.

Another open source alternative to LAN Share is NitroShare. It works in a similar way to LAN Share but has a couple of extra bells and whistles available, like optional TSL encryption.

There are plenty of other ways to transfer files from PC to PC sans a desktop app, such as network maps, Samba shares, SSH and sFTP.

Just use it when you need it.

Let us know what you use

This post looked at just the tool I used to send files over your network. You can let us know what you use to quickly shunt files between computers in the comments section below. 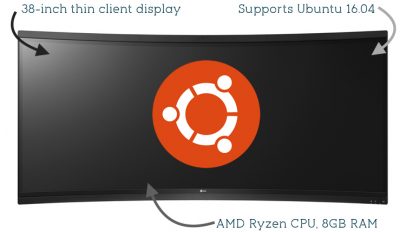