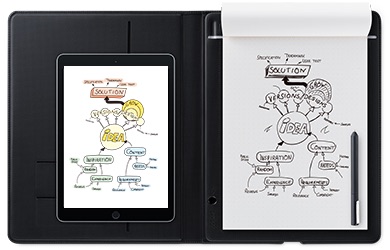 If you own an awesome looking Wacom Smartpad and long to use it on Linux, I’ve some good news.

Wacom Smartpads like the Bamboo Slate currently lack official Linux support. You’ll know this if you’ve tried to pair one to use with your Linux laptop or PC.

But that is about to change.

And it’s all thanks to — what else — open source.

Their open source tool is able to connect to and download drawings from Wacom SmartPad devices like the Bamboo Slate and Bamboo Spark.

What is a Smartpad?

You know when you were a kid and you tried to imagine what the future would be like? You probably thought we’d all be using some magic device that can instantly convert drawings into digital files.

Wacom Smartpads are basically that device (if you forget iPad Pros and rubbed-tipped styli exist).

You ‘write naturally with pen on any paper’ and the device converts each line, dot and scribble you draw in to a digital vector file stored on the device. Then, using an app, you can access these drawings to use in other apps.

Wacom has an official mobile app called ‘Inkspace‘ that lets you download, organize, edit and share notes and sketches in other apps.

But there’s currently no such app available on Linux.

Never fear, cos open-source is here. Thanks to some canny reverse-engineering from Red Hat devs the situation is about to change.

The Bamboo Slate is especially interesting as it can also be used as a regular ‘live’ drawing tablet input device.

Tuhi is still in the early stages (or, to use an analogy, only just getting off the paper and into code).

As such you should expect ‘a few rough edges’, say the developers.

You should also know that due to limitations with the way the Wacom device authenticates you can only pair with one device at a time. If you try Tuhi out on Linux you won’t be able to access your drawings and notes in the Inkspace app on your mobile device until you re-pair it, and vice versa.

The devs say their ‘next step’ is to create a dedicated GUI application (presumably that makes it much easier to ‘pull’ drawings off of a device and convert them to SVG for use in Inkscape et al).

Interested? You can learn more about the project over on Github.

Home » Dev » Linux Support for Wacom Smartpads Is In the Works 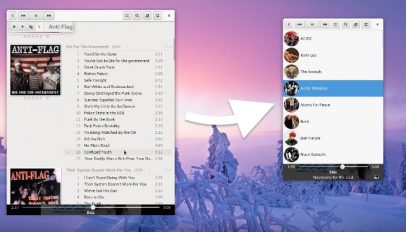