Welcome to our first Linux Release Roundup of 2018 — and as you might expect from the first week of a new year, there’s not an awful lot to round up!

I like to assume that app developers spent their holidays enjoying themselves rather than beavering away on apps for our collective benefit.

Even so, here are a couple of recent updates – but warning: this post contains Electron.

If you use the Windows compatibility layer Wine then you may be interested to hear that a new stable release in the Wine 2.x series is available.

Wine 2.0.4 bottles up over 30 bug-fixes, helping Mixcraft 8, Magic Online, and PhotoFiltre run better than before.

Language updates also feature, as does some improved documentation.

There are various different ways of getting the latest release of Wine on Linux — some of which aren’t recommended, apparently. I get confused as to which is which, so I’ll just point you in the direction of the official Wine website and let you figure things out from there.

Soundnode is an open source desktop app that lets you search for and listen to music from Soundcloud. The app is built using Electron and uses the official Soundcloud API.

The app this week scored its first update since 2016. It’s mostly a bug fix update – Linux users will now see an app icon, for instance – but there’s also new artwork hover animations, a setting for the Soundcloud API key, and some under the hood tuning to keep things ticking along nicely.

While you’ll find a new keyboard shortcut to like/dislike the currently playing track, you won’t find MPRIS support. This has been disabled in Linux builds due to a long-standing bug.

Soundnode is similar to a the Auryo Soundcloud desktop app we wrote about recently, but has a number of differences in interface, layout and presentation that make it worth checking out.

Soundnode is available for Windows, macOS and, of course, Linux. For more details, or to grab a package, head over the Soundnode releases page on Github.

This release of Etcher has since been pulled due to a bug.

Etcher is my go-to USB image writing app. It’s free, open-source, and runs on all major operating systems. It is also reliable. I’ve not had a single duff Linux live USB while using it.

In the latest update, Etcher 1.3.0, the app fixes some bugs and adds a few new features:

The Gstreamer-based movie player written in Hasekll does everything it needs to, and can now do a little bit more, like display subtitles and take video screenshots on Linux.

For subtitles, just open a movie in the player, head to the app menu, select your .srt subtitle file using the file picker, and it should load.

Movie Monad is available to download as an App Image from Github.

The player is also available as a Snap app from the Ubuntu Store (though you may need to install it using the –classic flag for it to be able to open video files outside of its sandbox).

Don’t forget to let us know about app updates!

We don’t have eyes and ears everywhere, so if an app you love scores an update do let us know about it. We have a contact form on this site, you can send an e-mail top to joey [at] ohso [dot] io, or ping us on Twitter. 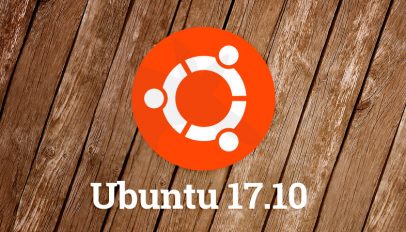 Ubuntu 17.10 Will Be Re-Released on January 11, Will No Longer Brick Laptops
Read Next