If you find a Lenovo laptop under the tree this xmas, and plan to install Ubuntu 17.10 on it, take my advice and don’t.

You heard me: do not install Ubuntu.

According to bug reports filed on Launchpad, the official Ubuntu bug tracker, installing Ubuntu 17.10 may inadvertently corrupt the BIOS on a raft of Lenovo laptops, including the Lenovo Yoga line.

Which is seriously bad news.

Those affected say that after installing Ubuntu 17.10 on their laptops the BIOS on their device is no longer able to save settings (like changing boot order and device, which is often required when dual-booting); that settings reset after a reboot; some are no longer able to exit BIOS; others are left unable boot from USB.

BIOS firmware comes pre-flashed on the motherboard. It is the software that gets your system from “off” mode to boot manager (like GRUB) from which an operating system can then load.

BIOS software can be re-flashed and upgraded but this is generally not something that most users will be familiar with doing (and it isn’t something that should be done without caution).

Naturally, people are not happy about what has happened.

“This is unacceptable, right now my Lenovo G50-80 is a brick,” charges one of those affected.

“I want my computer to function as it did when I purchased it, in terms of its bios settings and booting from USB is an essential feature” writes another.

A Fix is on the Way

Thankfully Ubuntu is very much aware the issue. Canonical’s Anthony Wong says the company is “treating this issue very seriously” and is working with Lenovo to find the exact cause.

New Ubuntu 17.10 images are also bring prepared which contain an updated kernel that should, fingers crossed, prevent the issue from occurring on new installs (so if you stashed an Artful ISO earlier in the year, make sure you get a fresh one before venturing on).

Lenovo, for their part, is said to have told one Ubuntu users who got in touch that they are not aware of the issue and that no report has been made to them. Their current advice (which goes out to anyone affected by the BIOS corruption issue, I guess) is to …get the motherboard replaced.

Ubuntu currently recommend performing BIOS recovery though some other means (if possible), while one user has shared a workaround (of sorts) involving rEFInd to the Lenovo user support page.

As a precaution it looks like Ubuntu is planning to disable downloads of Ubuntu 17.10 until it can get the new image, with the new, issue-free new kernel, in situ on its website.

In the meantime the best thing for all Linux-loving Lenovo users to do is wait. For more details, workarounds, and irate feedback check out the bug report.

Thanks to Dominic H

Home » Breaking » Ubuntu 17.10 Breaks the BIOS on Some Lenovo Laptops 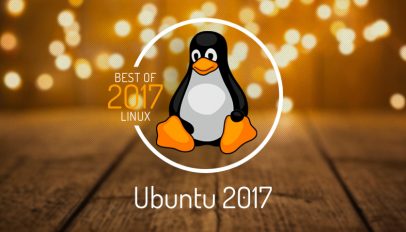