That’s Suru, the rebooted community icon theme and not Suru, the Canonical-created icon theme that shipped on the Ubuntu Phone (and was created by Matthieu James, who recently left Canonical).

‘the Suru icon theme is currently incomplete in its coverage’

It’s not clear when the icon set will dribble down into the (recently spun up) Ubuntu 18.04 LTS daily builds or be made available to install through the Ubuntu repos.

But, it seems, the change is happening.

“I’m very happy that the Ubuntu desktop team reached out to me about making the Suru icons the default set for Ubuntu 18.04 and beyond,” the icon set’s author writes on Google+.

The catch here is that the Suru icon theme is, at the time of writing, incomplete in its coverage. And for the default icon set on an LTS release, that’s not ideal.

That said, there are enough glyphs, symbolic icons and mime types included to give the Ubuntu desktop a much-needed modern revamp — as the screenshot opening this post shows.

Another caveat is that the icon set does not include replacement icons for third-party apps like Firefox, Thunderbird, Spotify, Skype, etc (neither does Ubuntu’s current icon theme, Humanity).

This creates a bit jarring visual where the uniform look of Suru icons for first-party apps, but stock icons for third-party apps, is a little…pronounced.

A new icon theme isn’t the only visual change targeted at the next LTS.

Canonical has asked the Ubuntu community to create it a new GTK theme for Ubuntu 18.04 LTS. They want something based on the ‘Adwaita’ GTK theme used by upstream GNOME, but with an Ubuntu touch.

A staggering 93% of those voting in our poll asking if Ubuntu needs a new GTK theme say a new theme is well overdue!

If you’re keep to preview what will (apparently) be the new look, you can download them from Github right now.

You’ll need to unpack and install the theme manually. How? First create an ‘.icons‘ folder in your home folder, the place the ‘Suru’ folder from the zip into it. Finally, set/apply the theme using GNOME Tweaks (or the Unity Tweak Tool if you’re on Ubuntu 16.04 LTS). 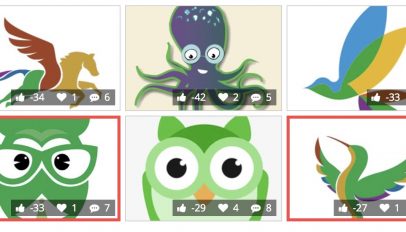 These are the 12 Potential LibreOffice Mascots (Updated)
Read Next