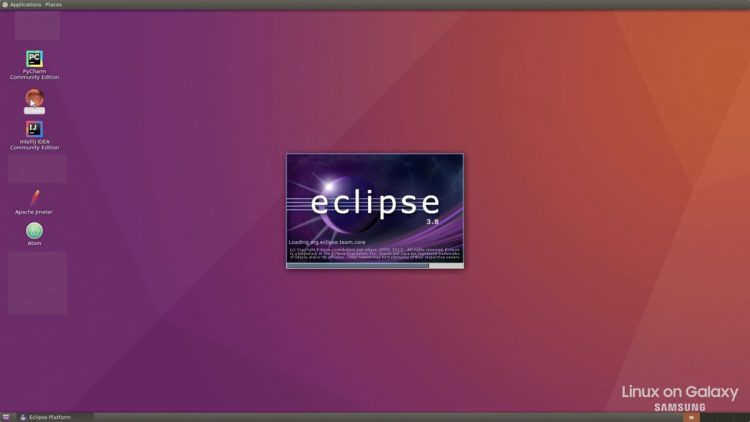 Samsung has shared a video demo of an app that lets developers run desktop Linux on their Galaxy smartphones.

The short clip sees a Samsung Galaxy smartphone being inserted in to a DEX desktop dock which is attached to a monitor. An app is then used to launch an Ubuntu 16.04 LTS desktop environment on which the Eclipse IDE software is opened (pictured above).

The aim of Samsung’s ‘Linux on Galaxy’ project is to make it easy for app developers to run full desktop Linux on Galaxy smartphones wherever they are, as Samsung explain:

“Linux on Galaxy allows the latest Samsung Galaxy smartphone users to run their preferred Linux distribution on their smartphones utilizing the same Linux kernel that powers the Android OS to ensure the best possible performance.”

This “multi-distro” lure is something the concept demo embedded below backs up, as eagle-eyed viewers amongst you may spot:

On-screen text cheerleads the ability to “create C/C++ project from existing source code trees” and “use classic IDE desktop IDE for native ARM development” — so it’s clear this is a feature targeted squarely at developers rather than your typical end user.

The video is billed as “concept demo” so it’s not immediately clear if what we see is an edited real life demonstration (‘sequences may be shortened’ or a produced mockup.

Ether way it doesn’t really matter. The video itself shows that Samsung is serious about the project, letting Android devs develop for phones from their phones.

To learn more about Linux on Galaxy you can register your interest at the site below. 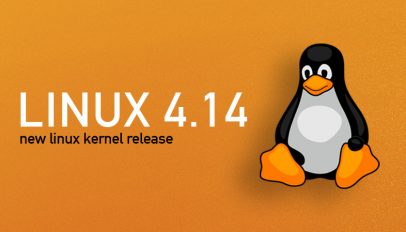 Linux Kernel 4.14 Released, This is What’s New
Read Next