With the Thanksgiving celebrations in the US the past week was never going to be chock-full of new Linux releases.

That said, a couple of juicy app updates did manage to squeak out during the past 7 days, including new releases of a Linux Winamp alternative, a free software stalwart, and one of my absolute favourite utilities.

Ready to dive in? Me too!

The weekend saw a sizeable update to what is (arguably) the best animated gif recorder for Linux: Peek.

Peek 1.2.0 makes a number of changes to the UI. For one, it’s now easier to select the format you want to record to (see gif above) thanks a nifty new menu next to the record button. The header bar is now also able to display elapsed time during recording, and there’s visual indication when processing and saving of your animated gif/video.

The amount of RAM and disk space used while rendering a gif has been ‘reduced significantly’ in this release according to Peek developer Philipp Wolfer. This is a direct benefit of switching to ffmpeg for Gif processing.

“By cleverly combining separate frames it can create GIFs that display thousands of colors in a single frame,” says Philipp Wolfe. Better quality gifs also means larger file sizes, which may or may not be preferable.

Ubuntu doesn’t have Gifski in its repos so you’ll need to download a pre-compiled binary if you want to use it with Peek.

Along with Parlatype, Peek is one of my favourite Linux apps. It is a well designed, well made, and reliable tool that does one thing, and does it exceptionally well. If you’ve seen an animated Gif in an article on this site (and the gif was made by me) it was probably made using Peek.

There are multiple ways to install the Peek gif recorder on Ubuntu. There’s a Snap app, a Flatpak available on Flathub, and a distro-agnostic AppImage, which we’ve linked to below:

You can also install Peek on Ubuntu 16.04 LTS and up by adding the official Peek PPA to your software sources. To do that just open a new Terminal and run these commands:

From one big release to another: this week brought a big ol’ update to the oft-forgotten open-source photo manager gThumb.

Sadly there’s no easy way to install the latest gThumb on Ubuntu, short of building it from source.

Launchpad is home to numerous abandoned PPAs; the app is not on Flathub; and there’s no Snap app. An older version of gThumb is available in the Ubuntu archives but will (obviously) not include the improvements mentioned here. 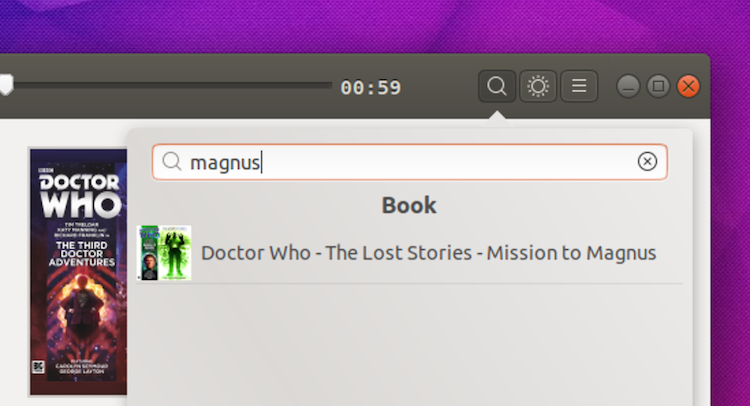 Linux audiobook player Cozy has a minor new release out. Cozy 0.4.1 makes a number of minor UI improvements, adds feedback to the importer so that you know when files could not be imported.

Cozy also has a new search feature to let you quickly find an audiobook by name, title, or any other matching keyword.

We featured open-source audio player Qmmp (which stands for Qt Multi Media Player) last year, describing it as the perfect fit for fans of Winamp.

Released at the weekend, Qmmp 1.2.0 debuts with a stack of improvements (too many to list here) including a selection of new plugins, among which is a file writer and a plugin for icecast output.

To install the latest Qmmp release on Ubuntu you can add the following PPA, which provides builds for Ubuntu 16.04 LTS and up:

Some other updates you may have missed news of: