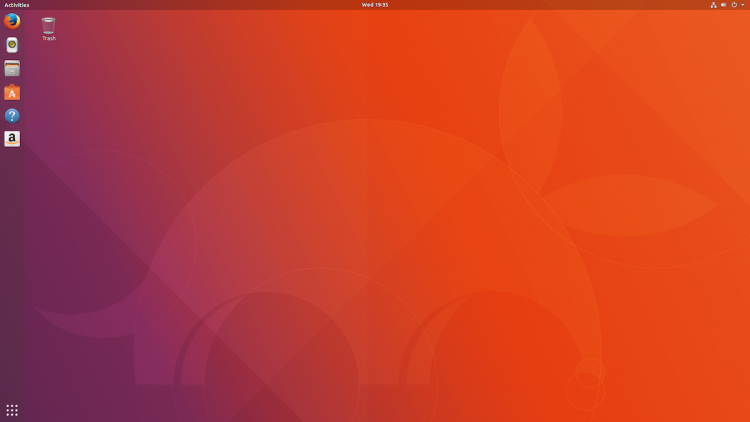 Right you, it’s time to fumble for the nearest USB thumb drive, stick the kettle on, and lean back in that chintzy IKEA chair of yours because Ubuntu 17.10 Beta 2 is now available to download.

This is the first official testing milestone that the regular version of Ubuntu desktop has taken part in during the ‘Artful Aardvark’ development cycle (it sits out the alpha round of testing).

That makes this beta download your first formal chance to go hands on and help test everything that’s included.

And boy is there a lot of it!

For those of you who prefer your distribution to arrive fully baked, the finished stable version of Ubuntu 17.10 is released on October 19, 2017.

If you’ve pay close attention to social media, forums and Linux blogs these past six months then chances are you know about about most of the changes, big and small, that make up Ubuntu 17.10.

And if you don’t: press ctrl + D now to add us to your bookmarks ;)

We’ll take a much closer look at what’s new in Ubuntu 17.10 in our official review/rundown next month, but do read on for a condensed recap of all the significant improvements that are offer in this beta preview. 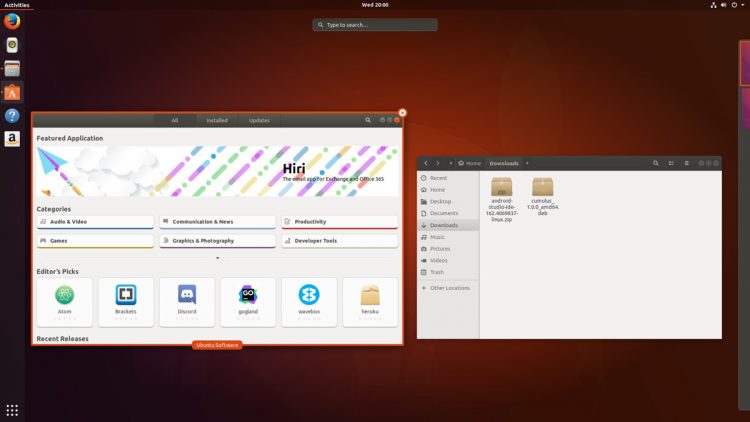 Ubuntu 17.10 uses the GNOME Shell desktop by default. The Unity desktop is available to install from the Software app if you miss it.

Switching to GNOME Shell brings a huge number of changes in and of itself, but for the most part the visible differences won’t be that disorientating if you’re used to Unity.

There is a left-hand dock, a top bar with menus for connecting to wifi and adjusting volume, etc, clickable app notifications, and a sound menu (of sorts) in the new notification-centre-come-clock-and-calendar.

But it’s not a total like for like replacement. The following Unity desktop features are no longer available in Ubuntu 17.10:

Will you miss these? Probably not as much as you think you would.

Why? Well, a lot of apps use client-side decoration with simplified menus (meaning you probably won’t miss the global menu); the Applications Overview is sort of like the Dash in that it lets you search files, folders, apps and even some online resources; while the centralised notification center provides a media controller when music is playing.

Press the Super/Windows key to open the expose/overview mode. Here you can quickly switch between open window, close them, or move them to a different workspace. You can also instantly search for apps just by typing (you don’t need to focus the search box first).

But while vanilla upstream GNOME 3.26 features a broad set of changes not all of them are included in the modified ‘Ubuntu Session’ that’s used in Ubuntu 17.10.

So, to sample upstream GNOME Shell as intended, you can install the gnome-session package from the Ubuntu Software app. To login to it just select the ‘GNOME’ session from the cog menu on the login screen and carry on as normal. 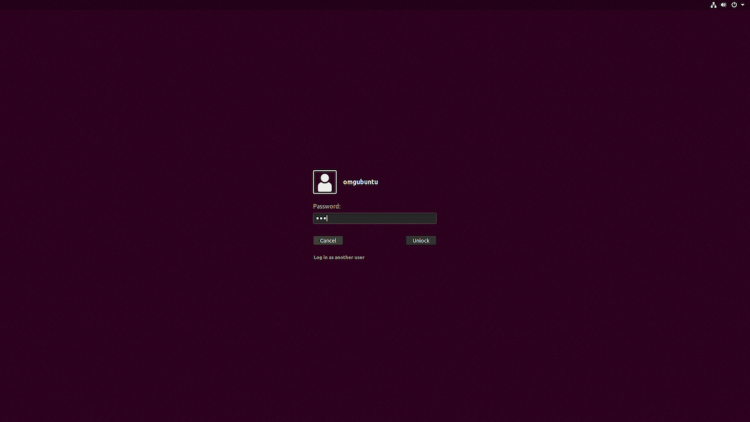 LightDM and the Unity Greeter are no longer included. Ubuntu 17.10 uses GDM3 to power both the login screen and the lock screen experience.

Functionally speaking this doesn’t change things too much (other than layout); you can switch between users, login, change session, and so on. 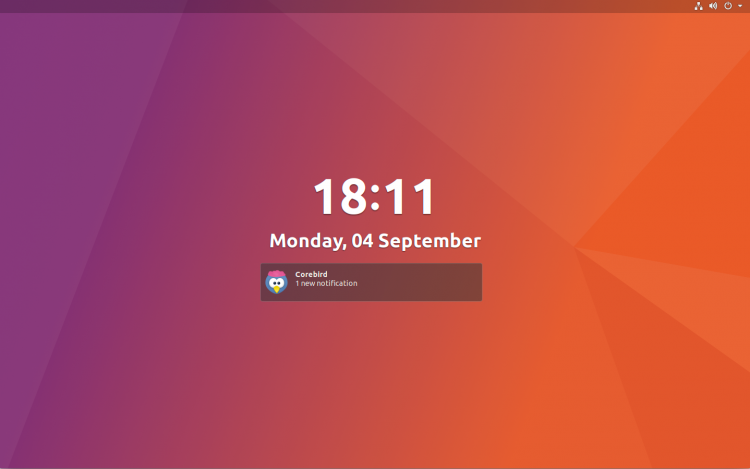 The lock screen is more functional than it used to be in earlier Ubuntu releases. 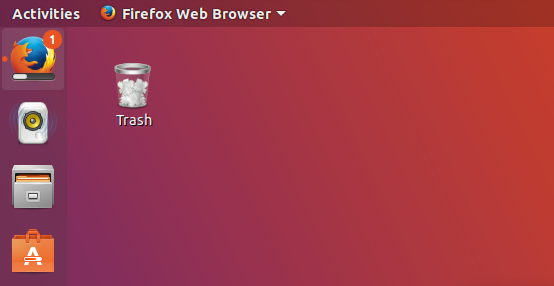 The new Ubuntu dock sits on screen, on show at all times. It provides you with an easy way to open favourite apps, switch between windows, and check for unread messages, download progress, and so on.

When more than one window of an app is running you can right-click on its app icon to see thumbnail previews of each window so that you can select one you want.

In another major change Ubuntu 17.10 uses Wayland as its default display server (where supported).

You probably won’t notice any major differences while using Wayland (which is a good thing, obviously). The tech is maturing at a clip, as Canonical’s confidence to make it default attests.

But — with any new tech there is often a but — you may encounter some issues running Wayland on certain hardware; trying to run older apps or play games; and when you attach certain types of input devices.

Ubuntu 17.10 still includes a X.org session by default. To use Xorg instead of Wayland just log out, open the cog menu at the login screen, and select the “Ubuntu on Xorg” session. Login as normal.

Window controls are on the right

Ubuntu 17.10 moves window controls to the right. It sounds like a trivial, minor change on paper but in practice it may jar with years of learned behaviour.

The good news is that you can move window controls to left in Ubuntu 17.10 using the GNOME Tweaks utility, which is available to install from Ubuntu Software.

There are too many changes to the default application line-up in Ubuntu 17.10 — even the borderline useless Amazon web-app survived the transition!

The (mostly superfluous) Xterm has been removed from the default image, and Rhythmbox has a streamlined new look (see above). There are, as you’d expect, updated versions of LibreOffice, Firefox, Thunderbird and Shotwell included too.

The default theme in Ubuntu 17.10 is still Ambiance, but it has received a number of improvements n’ fixer uppers to look that little bit better under GNOME Shell. As a bonus, applications that use client-side decoration (CSD) no longer look terrible! Hurrah!

The Ubuntu dock and top bar also have dynamic transparency. Normally they’re mostly transparent, but when a window touches either element they become darker to improve legibility.

Ubuntu 17.10 Beta 2 is powered by the Linux kernel 4.13, which (among other things) brings improved hardware compatibility, performance and power consumption.

The Unity Experience in Ubuntu 17.10

Those of you still intending to use Unity will find it available to install from the Software Center. There are a few ‘breakages’ in terms of functionality; as many apps now use CSD they lack traditional window bars and, more crucially, global menus.

Ubuntu has dropped 32-bit desktop ISOs as of this release. This means you can no longer download a 32-bit Ubuntu desktop install image.

If you’re unable to load a 64-bit version of Ubuntu on your computer you will need to use an alternative flavour (like Ubuntu MATE, Ubuntu Budgie, etc) or install using the minimal install or net install ISO.

Remember: this is a beta release. It is not stable. You’re not supposed to run it as your primary OS. If you’re curious about what’s new you can load it up on a live USB or run it in a virtual machine. 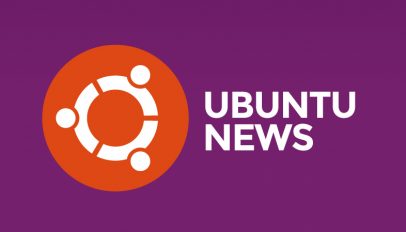