This weekend I learnt that the Musixmatch desktop app is available for Linux!

Not that Linux users are short of desktop lyrics apps, mind. We’ve written about several before, including ‘Instant Lyrics’ and ‘Lyricfier’, and many open-source music players offer some sort of song words integration.

But the Musixmatch app is a little different from those.

If you used to use the Spotify lyrics feature you will already be familiar with Musixmatch’s main USP: synchronized lyrics.

With a single click you could see lyrics scroll up the screen in sync with the playing song, perfect for both impromptu desk-based karaoke sessions to well-known classic, as well as learning lyrics to new tracks by your favourite artists.

Another click let you view full lyrics as a static, scrollable page.

Sadly Spotify removed lyrics functionality from all of its apps last year, as its deal with lyrics database Musixmatch came to an end. Spotify says it plans to make ‘improvements’ to its lyrics support in the future, but over a year on we’re yet to hear so much as squeak about the how and when.

But the Musixmatch app fills the lyrical void in the meantime — and it works well on Linux. 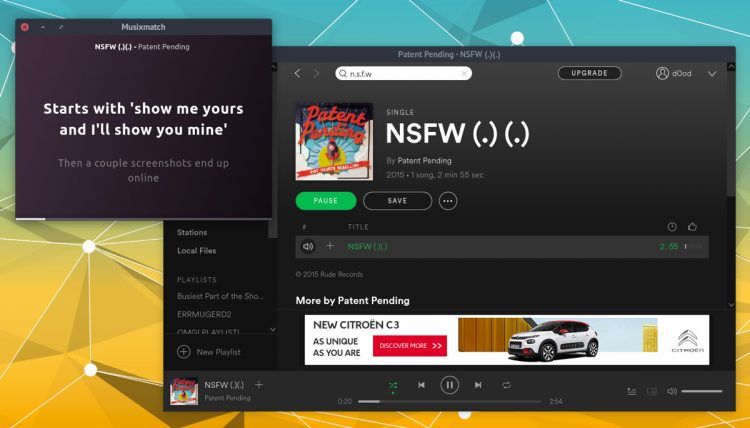 Musixmatch is billed as “the world’s largest lyrics platform”. It lets users view lyrics for pretty much any track by any artist. It’s a collaborative platform too, letting users add lyrics, edit lyrics, and time lyrics to show in sync with music.

A desktop Musixmatch app launched on Windows and mac app earlier this year. While the company hasn’t made any mention of it existing at all, a Linux version is also available.

The app runs as a separate, small window, outside of Spotify. It is set to float on top by default. The lyrics window is fully resizable, has mouse-over pause/play controls, and has links to edit or synchronize lyrics.

A small set of settings are accessible too, all of which are enabled by default. From the settings pane you can choose whether the Musixmatch app is always on top; whether the app should launch on start-up; and whether it shows native notifications on track changes (this gets super annoying, super fast).

The app only works with Spotify for Linux Preview (including the Spotify Flatpak) on Linux desktops..

Over on Windows and macOS the app can work with both the official Spotify desktop client and iTunes.

To learn more about the Musixmatch app head on over to the website linked below: 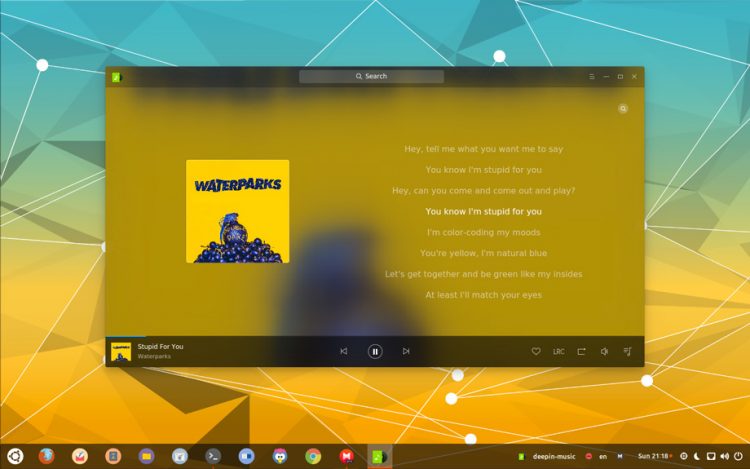 If you like the idea of synchronized lyrics but would rather not run a separate app to view them, check out Deepin Music (pictured above) which has a similar feature integrated in to the player itself.