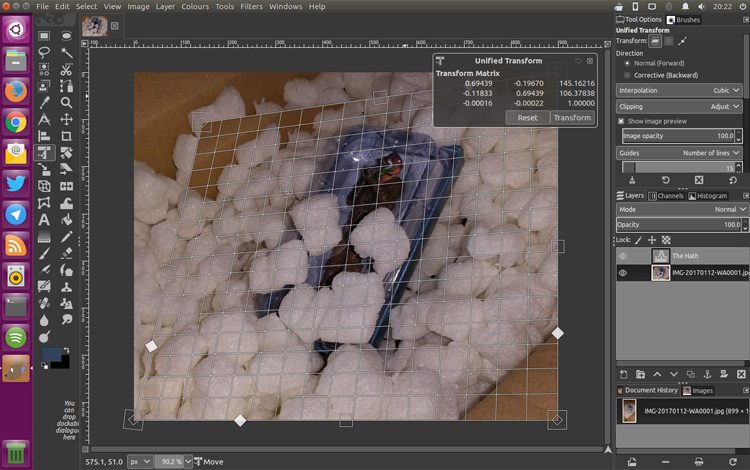 A new development release of graphics editor The GIMP is available to download — the first in over a year — and boy is it packing some big changes.

Sat proud amongst the change-log is experimental multi-threading in GEGL (a fancy way of saying the app can now make better use of multi-core processors).

It’s a flagship feature, and one that could make a really big difference to the overall performance of GIMP (and thus its popularity with time-poor designers).

But there’s a catch.

GIMP devs say they’re aware that the editor may ‘explode’ when it attempts to use more than one processor core but — bravely — it is enabling the feature anyway. Sounds crazy, but there’s a logic: they say they want ‘as bug reports as possible […] because we really, really want to ship GIMP 2.10 with usable parallel processing.’

If you don’t feel like melting helping GIMP devs you can dive in to the app’s settings and reduce the thread count to 1 — or not install the development version in the first place.

Also Read: How to install GIMP 2.9 on Ubuntu

Other changes in GIMP 2.9.6 include the following highlights:

If you’re a big GIMP fan, graphic designer or developer it’s well worth reading the full release announcement or the raw change-log for a fuller, more detailed look at these changes.

Third-party PPAs allow you to install GIMP 2.9 on Ubuntu, but there’s no “official” way to do so, and the main Ubuntu repos only carry the latest stable release, which is GIMP 2.8.22.

You can find the GIMP source code available on the GIMP website.

spajdo Why is Gnome 40 showstopper? And I know, that I…
Linux Release Roundup: elementary OS, Kdenlive & Cawbird Twitter App